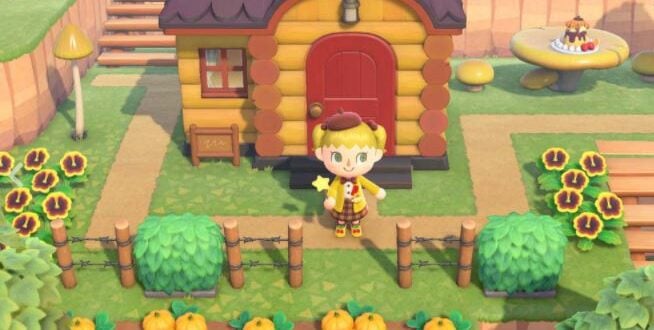 Animal Crossing: New Horizons announces the update that will introduce the Sanrio characters in the coming weeks!

admin February 25, 2021 News Comments Off on Animal Crossing: New Horizons announces the update that will introduce the Sanrio characters in the coming weeks!

With the release of Animal Crossing: New Leaf – Welcome Amiibo, brand new amiibo cards have been released that were born in collaboration with other video games (such as Legend of Zelda and Splatoon ) and Sanrio.

After the announcement of the reprint of these special amiibo cards, the return of the characters associated with the amiibo cards made in collaboration with Sanrio is finally official!

A few minutes ago, on the Nintendo YouTube channel, a very short trailer of about 2 minutes was published on Nintendo’s social channels announcing the return to Animal Crossing: New Horizons of the new inhabitants created with the collaboration of Sanrio, on the occasion of the release of Animal Crossing: New Leaf – Welcome Amiibo years ago.

Until now, the Sanrio amiibo cards were only usable in the game on a photocopy to obtain exclusively the six special themed posters, but no characters could be named. The six inhabitants in question are: Rilla, Marty, Étoile, Chai, Chelsea, and Toby and each of them will have a very personalized home with themed objects of Sanrio characters, such as Hello Kitty, My Melody, Cinnamoroll, Pompompurin, Little Twin Stars and Keroppi!

Let’s see together the Sanrio-themed items shown in the trailer!

The amiibo cards in collaboration with Sanrio will be available starting from March 26 while, a few days earlier, on March 18, a new update for Animal Crossing: New Horizons (1.9.0) will be available which will introduce all the new and characteristic content of the new characters. We just have to wait!

I was born to Play games. I related to Tokyo, Japan. Playing on Nintendo Switch is my hobby. Playing games is in my blood
Previous PlayStation would have cut its relationship with SIE Japan Studio
Next Should Microsoft sign Sony Japan Studio and its former talents?