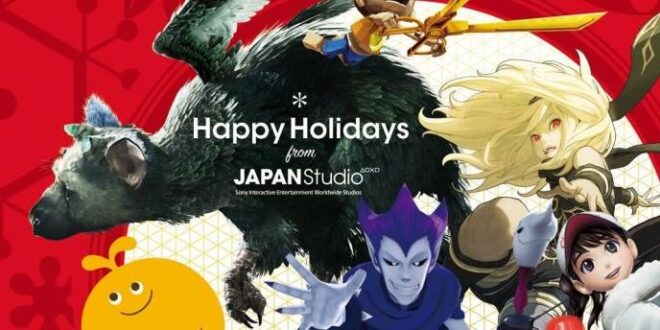 PlayStation would have cut its relationship with SIE Japan Studio

admin February 25, 2021 News Comments Off on PlayStation would have cut its relationship with SIE Japan Studio

PlayStation and SIE Japan Studio would separate their paths for good. VGC has reported on the break between the multinational and the Japanese developer.

SIE Japan Studio developer behind weighty works such as Gravity Rush, Ape Escape, or Knack would no longer be linked to PlayStation. It seems that the company has decided to break its relationship with the Japanese studio after a change in strategy.

The news was communicated by the VGC medium, which claims to have several sources that corroborate this data. According to the publication, Japan Studio would have laid off a large number of staff after PlayStation did not renew its commercial contract with the company for this new course, which starts on April 1.

Apparently, this break would not completely affect the entire structure of Japan Studios, since the ASOBI staff, creators of Astro Bot would continue to work as an independent studio and part of the developers from Japan Studios would join this team. Although the consequences seem clear, the disappearance of the renowned studio.

Sources add that part of this break is due to two determining factors. One of them is that Japan Studio has not been profitable enough for PlayStation . There would be a disagreement on strategies, as PlayStation was looking for successes that were global, while the developer wanted to win over the Japanese public first. This has a direct relationship with the other factor: the change of headquarters of PlayStation to the United States from Japan.

At the moment, nothing has been commented on on this matter, but it is true that Japan Studios had been suffering the loss of very important personnel for a long time. Just today we were communicating the Bloodborne producer is leaving Japan Studios, while the talent drain from the Japanese studio continued. On the other hand, another member who has already founded his own studio, Silent Hill creator Keiichiro Toyama, continues the development of his new title.

I was born to Play games. I related to Tokyo, Japan. Playing on Nintendo Switch is my hobby. Playing games is in my blood
Previous Renewal of Nintendo Switch Online and the arrival of Nintendo 64, GameCube, and Wii games in April
Next Animal Crossing: New Horizons announces the update that will introduce the Sanrio characters in the coming weeks!