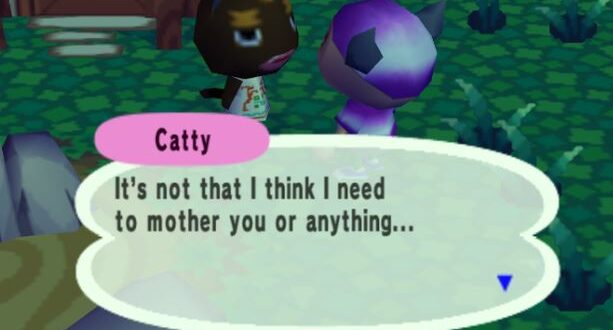 admin 2 weeks ago News Comments Off on Brand-New Animal Crossing: New Horizons villager has been found in Gigaleak

It seems that Nintendo has suffered a fifth round of leaks after the previous ones. As in previous occasions, here we bring you information about what happened, although we will not go into details or publish leaked content, as we must not forget that they have been illegally stolen from Nintendo.

In addition to Super Mario 64 and Star Fox, the massive dump of Nintendo assets has also given us a look at some of the cool stuff that didn’t make it into the original Nintendo 64 Animal Forest. This includes alternate versions of Tom Nook’s store—one with strange posters plastered all over the wall, and another after it’s closed for the night that looks different than what the player sees when they wake Nook up after hours—as well as early designs for well-known characters Wisp and Blathers (the latter didn’t show up until 2002’s GameCube update) and even a completely new villager who has yet to appear in any of the games.

An unused cat villager, referred to as “CAT13” within the files, has been uncovered and assembled in-game. As she doesn’t appear to have anything beyond this codename, fans have taken to nicknaming her “Catty.”

I was born to Play games. I related to Tokyo, Japan. Playing on Nintendo Switch is my hobby. Playing games is in my blood
Previous Pokemon Go players spent nearly $9 Million on Saturday
Next Here’s How To Visit People’s Islands in Dreams in Animal Crossing: New Horizons