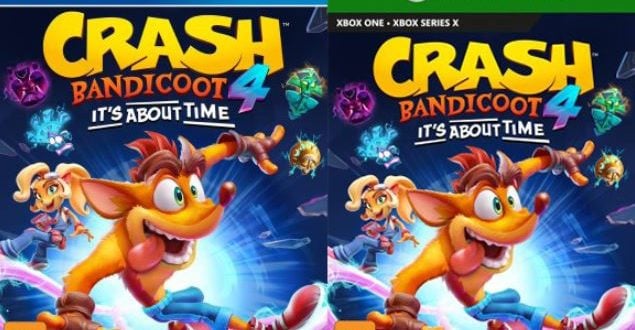 Crash Bandicoot 4: It’s About Time has been rated for PS4 and Xbox One

admin June 19, 2020 News Comments Off on Crash Bandicoot 4: It’s About Time has been rated for PS4 and Xbox One

As reported by Gematsu, the Taiwan Digital Game Rating Committee has rated the unannounced Crash Bandicoot 4: It’s About Time for PlayStation 4 and Xbox One.

When will Crash Bandicoot 4: It’s About Time be released for Nintendo Switch?

On twitter, Ahmed confirmed that Crash Bandicoot 4: It’s About Time was — and technically still is — intended to be revealed at the June 22 Summer Game Fest showcase. He also added, “No Switch version is correct btw,” implying that no such version of the game is in development, or at least that there are no plans for a Switch port to occur in the near future.

Here is the description of the game:

Crash is relaxing and exploring his island in his time, 1998, when he finds a mysterious mask hidden away in a cave, Lani-Loli. The mask is one of the Quantum Masks and apparently knows Aku-Aku, Crash’s mask friend! With the Quantum Masks returning and a Quantum Rift appearing near our heroes, they decide to bravely head through to different times and dimensions to stop whoever is responsible.

I was born to Play games. I related to Tokyo, Japan. Playing on Nintendo Switch is my hobby. Playing games is in my blood
Previous Fantasy action-adventure game Lost in Random will be released for Switch, PS4, Xbox One and PC
Next EA announces FIFA 21 Legacy Edition for Nintendo Switch