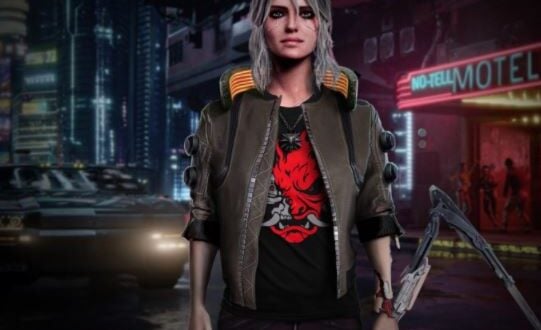 admin 1 week ago Analysis Comments Off on Cyberpunk 2077: Everything We Know About Multiplayer So Far

So far we only have a rough idea of ​​the multiplayer mode of Cyberpunk 2077. In the following article, we provide you with the most important information.

What will the multiplayer mode for Cyberpunk 2077 actually look like? A lot has happened since the game’s launch: In a presentation and an investor call on March 30, 2021, developer CD Projekt announced that the business strategy was being changed. And many questions remain unanswered, especially about multiplayer.

In the following article, we summarize all known information about the multiplayer of Cyberpunk 2077: What has already been officially confirmed and what is currently the only speculation.

What is known about multiplayer?

Since CD Projekt’s strategy change, it is unclear whether the multiplayer will appear as a standalone game at all – or whether it is an extension of Cyberpunk 2077 that brings online elements with it. There is no specific announcement, CEO Adam Kicinski said:

One does not want to comment on plans that are further in the future. When asked, CD Projekt confirmed that they are still planning “some form of multiplayer” for Cyberpunk 2077 and that “online experience” in this case means that players can play together in some way. But there are no further details.

So it is currently neither clear in what form the multiplayer will appear nor when it will happen. First of all, patches and the NextGen updates for Cyberpunk 2077 and The Witcher 3 have priority anyway. It will be some time before we hear anything new about multiplayer – and the project has not yet appeared on the roadmap for 2021 anyway.

Release: When will the multiplayer appear?

In the roadmap for Cyberpunk 2077, the developer shows what content he is planning by 2022. For CD Projekt Red, aspects such as updates to the existing game and the previously promised free DLCs have top priority. The multiplayer mode itself is not mentioned on this roadmap.

This only confirms official statements from January 2020. At that time, Michal Nowakowski, board member of CD Projekt Red, stated that a release in 2021 was “very unlikely”. The resulting forecasts were therefore based on a release in 2022 at the earliest. This could be further delayed by the hacker attack and the necessary patches.

Real Money Purchases: Will There Be Microtransactions?

Paid content planned: Microtransactions for the multiplayer of Cyberpunk 2077 have already been confirmed in a quarterly report. However, the developer is still covered in their exact nature. It is therefore not known whether it will only be about skins or whether other things will also be offered for real money.

At the moment it is said that these should “make the players happy” and also “not be aggressive”. This suggests that the multiplayer of Cyberpunk 2077 will forego Pay2Win mechanics or in-game advantages available for real money. At the moment, however, it is still a matter of speculation.

From here on, potential information about the multiplayer of Cyberpunk 2077 follows information that has either been leaked or found using data mining. This means that the developer has not yet officially confirmed it.

Accordingly, it is quite possible that this information will change until the release of the multiplayer or that it will only be true to a limited extent. So enjoy the following lines with caution.

DLCs: are any expansions planned?

Model similar to GTA Online: As the analytics company M Science (via TheGamer ) claims to have read from the comments on CD Projekt Red, the multiplayer mode of Cyberpunk 2077 could be expanded to include free DLCs. A principle not dissimilar to Rockstar’s Grand Theft Auto Online should be followed.

Specifically, this would mean that extensions for the multiplayer of Cyberpunk 2077 will be free of charge and the further development of the mode will be financed through microtransactions – as already mentioned above.

Accordingly, not only extensions for the single-player campaign of Cyberpunk 2077 are planned.

Game modes: what should there be to play?

Deathmatch: Dataminer found a number of paragraphs of text that indicate the existence of a deathmatch mode. Traditionally, everyone fights everyone in this PvP mode and your goal is to be the player with the most kills at the end of the match.

Heists: The second game mode found in the files is going to have you doing some heists, judging by its name. The further details of this mode are still a bit imprecise. So you seem to meet other players in a collecting area before the actual heist starts.

How exactly this will then take place is unknown. It is also not yet clear whether you will fight other players in the matches – i.e. PvP – or cooperatively compete against the AI ​​in PvE fashion.

Is there a co-op mode coming? The developer himself asserts that the MP component is “handled like a game of its own”. We do not assume that you will be able to play the single player campaign with one or more friends. However, that does not rule out the possibility of cooperative missions in online mode. However, concrete evidence of this is still lacking.

Classes: will there be different roles?

Selection of ready-made classes: The game files themselves also contain the information that there should be at least four classes. So you can apparently choose between the following four classes, at least in Heist mode – whether there will be more remains to be seen:

Each role seems to be unique. Because some sections of text indicate that the game does not start as long as a character is represented several times. Accordingly, in the course of a heist mission, one seems to focus on a balance between different skills so that each player can take on his own role in the attack.

Online matches: are there dedicated servers?

Multiplayer apparently Peer2Peer: According to Dataminern, there are currently indications that Cyberpunk 2077 will not use dedicated servers. The connections are established directly between the players. However, this could also be just remnants of code from development.

I was born to Play games. I related to Tokyo, Japan. Playing on Nintendo Switch is my hobby. Playing games is in my blood
Previous China-based developer earns more than Activision, EA, and Take-Two
Next Outriders server problems: A lack of crossplay and failures cause frustration