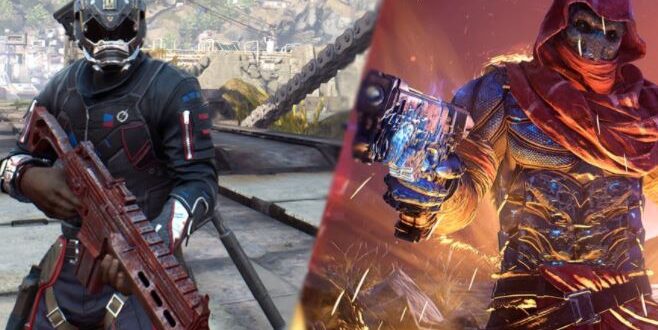 Outriders server problems: A lack of crossplay and failures cause frustration

admin 7 days ago News Comments Off on Outriders server problems: A lack of crossplay and failures cause frustration

After the release of Outriders on April 1, 2021, the developers People Can Fly are struggling with massive server problems. The crossplay functionality, which has currently been deactivated, is also affected. Three days after the release, the situation seems to be slowly easing. On Twitter, the developers ask for your patience and publish a list of known issues that are currently being worked on.

Known problems: What is currently being worked on?

Some technical difficulties affect all platforms, currently the following:

And then there are some bugs that only affect the PC or Stadia version:

The development team is already working on these problems and permanent solutions should be found soon. Until then, you can often help yourself with workarounds, which you can find here in the official Reddit thread. There you can of course also exchange information with other players or contact the support team.

We ourselves encountered further problems with the Steam version on the evening of 3 April that do not currently appear in the list. For example, Outriders sometimes crashes and displays an error message concerning Unreal Engine 4. We also fell through the world once and couldn’t finish a quest because the quest giver had disappeared. In the first case, we had to reload the story section, in the second case a simple restart helped. Let’s hope that these stumbling blocks will soon be cleared out of the way.

The Outriders servers at the limit: What happened?

Disconnections continue to cause trouble: Since the day of release, many players have also complained about disconnections and difficulties in submitting the “Bad Day” side quest. The Outriders social media team communicates in an exemplary manner on Twitter and Reddit and regularly informs about the current situation.

Server problems to be fixed

Have the problems been fixed now? On 4 April 2021 at 10:30, most of the server problems have been fixed by the official side. However, players continue to report crashes and bugs.

The hope remains that the Outriders servers will continue to stabilize and everyone will be able to enjoy the loot shooter. However, there is bad news for players who want to play cross-play with friends on other platforms.

Crossplay deactivated for the time being

In crossplay, Outriders players are able to play together with friends, regardless of the platform. However, the function caused problems and was therefore deactivated for the time being. If you wanted to play together with players on Xbox or PlayStation on the PC on the long Easter weekend, you will not have the opportunity to do so. Crossplay should continue to work between Steam and Stadia or between PS and Xbox.

The developers People Can Fly and publisher Square Enix have already commented on the problem in detail on Reddit: The team is working on a solution with the highest priority. To fix the problem, a patch is necessary, which is also installed on the consoles. This means that a patch on the weekend is not possible.

I was born to Play games. I related to Tokyo, Japan. Playing on Nintendo Switch is my hobby. Playing games is in my blood
Previous Cyberpunk 2077: Everything We Know About Multiplayer So Far
Next Outriders is not a service game, but new content could still be coming