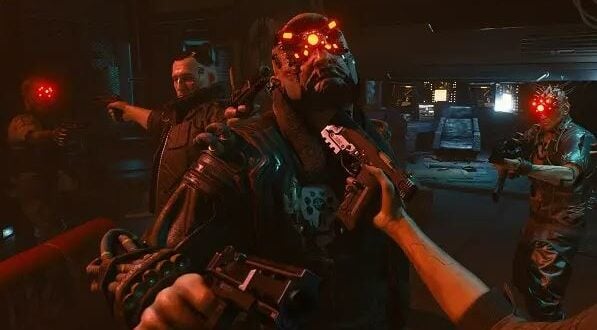 Cyberpunk 2077 is chosen as the best Spanish dubbing of 2020

For yet another year, since 2012, the website DoblajeVideojuegos.es has invited its users to choose the most outstanding video game dubbing in the last year, through an open vote in which more than a thousand people.

In this 2020 edition, the super production of the Polish studio CD Projekt RED which has spared no budget in anything, much less for its dubbing has won all of the awards it was opting for including Best Translation and Best Absolute Dubbing.

Furthermore, in the individual dubbing categories, two of its main characters have been chosen as the most outstanding performances. Thus, the dubbing actress Beatriz Berciano has been the winner of the Best Female Dubbing award for “V”, while her partner Sergio Zamora has won the Best Male Dubbing award for her performance of “Johnny Silverhand”, or whatever the Same version of the popular Keanu Reeves in the game.

Regarding personal categories, the work of actor Fernando (Nano) Castro in the past year where he has played characters for outstanding productions such as Cyberpunk 2077 (Kirk), Assassin’s Creed: Valhalla (Eivor), Borderlands 3 (Zane), or Call of Duty: Warzone (Simon “Ghost” Riley) has been recognized with the Best Actor award.

The Best Actress award in this case also went to Beatriz Berciano, who in addition to playing the protagonist of Cyberpunk 2077 has participated in other outstanding games such as Legends of Runeterra (Elise), Marvel’s Spider-Man: Miles Morales (Rio Morales) o The Last of Us: Part II (Dina).

Repeats, for the fifth consecutive year, the director Rubén Navarro as Best Dubbing Director, thanks to his work at the head of Keywords Studios Spain, which has been in charge of a large number of dubbing of major productions last year, such as Assassin’s Creed: Valhalla, Demon’s Souls, Doom Eternal, Immortals Fenyx Rising or Watch Dogs: Legion, to name just a few.

The awards in the rest of the categories have been distributed as follows: Sony Interactive Entertainment repeats as Best Editor, while the PC takes over this year as the best platform to PlayStation 4. The Perfect Sound studio, in charge of works such as Cyberpunk 2077 itself or Gears Tactics, wins the Best Study. Finally, the special award for the Best Dubbing without Translation, which each year is decided by the students of the “Own Title of Specialist in Translation for the Video Game Industry” at the University of Vigo, has gone to Animal Crossing: New Horizons.

I was born to Play games. I related to Tokyo, Japan. Playing on Nintendo Switch is my hobby. Playing games is in my blood
Previous GameStop Stock – How a Reddit Community Exposes Stock Exchange Trading
Next Microsoft prepares to shake up the industry with another high-profile Bethesda-level acquisition