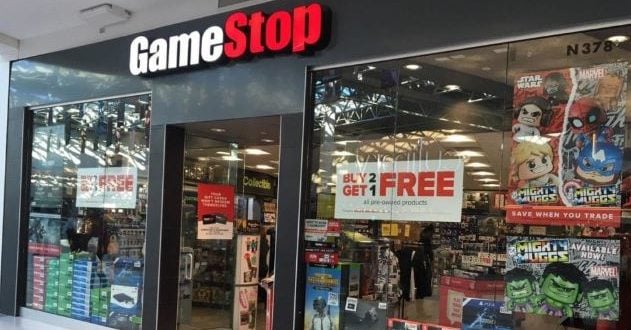 The air is literally burning at the stock exchange. Hobby speculators on Reddit have managed to push a GameStop stock bobbing around in the $ 10-20 range to over $ 300 in the past few days. As industry insider Rod Breslau reported on Twitter, trading in the share was temporarily stopped:

In the Wallstreetbets subreddit , stock market enthusiasts and system critics gather, who seem to have great pleasure in wiping out large hedge funds. And that is still formulated mildly, because apparently the big investors drove in losses in the billions due to the increase in GameStop shares , as GamesWirtschaft reports.

So-called shortsellers, i.e. investors speculating on falling prices, were specifically affected. They borrow shares and then sell them (so-called short sales) in order to later buy them back at a cheaper price and make a profit.

This is where the rebellious Reddit users came in. They drove up the stock price by buying the paper en masse. As a result, short sellers were forced to buy more GameStop shares in order not to incur more losses. A snowball started rolling because the price kept rising due to the purchases made by large hedge funds.

A targeted campaign by hobby speculators catapulted the GameStop share into new record highs within a few days.

As the Twitter user Robert Laubach explains, hedge funds are said to have carried out more short sales than there are at all GameStop shares.

This is possible through uncovered short sales, which make it possible to sell stocks that you don’t even own. This type of trading is banned in the EU, as the stock exchange expert Thomas Vittner explains in his blog post.

In the past few days, trading in the GameStop paper has been suspended several times to prevent further damage to the hedge fund companies involved. What if one loses is another gain. This is how speculators involved in the guerrilla action proudly shared their juicy profits on Reddit:

Meanwhile, even entrepreneur Elon Musk is enthusiastic about the events in a tweet . Members of the subreddit celebrate themselves as rascals in the style of “Robin Hood”. The whole incident is a memorable example of the potential power (and danger) of coordinated groups on the Internet.

I was born to Play games. I related to Tokyo, Japan. Playing on Nintendo Switch is my hobby. Playing games is in my blood
Previous Cyberpunk 2077: Hotfix 1.11 repairs serious Takemura bug (and more)
Next Cyberpunk 2077 is chosen as the best Spanish dubbing of 2020