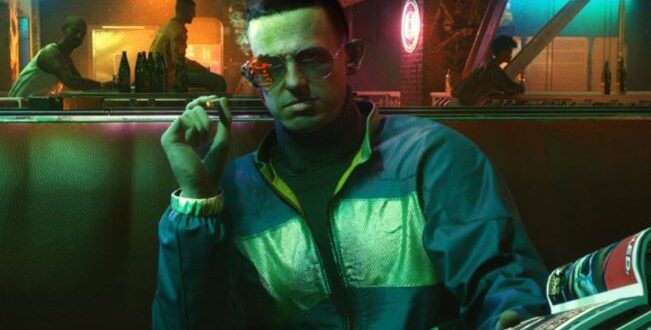 Cyberpunk to be fixed by June; Will include a lot of cut content; PS4/Xbox code being completely rewritten

Cyberpunk to be fixed by June; Will include a lot of cut content; PS4/Xbox code being completely rewritten

admin January 4, 2021 News Comments Off on Cyberpunk to be fixed by June; Will include a lot of cut content; PS4/Xbox code being completely rewritten

Cyberpunk 2077 experienced a tumultuous launch, and in December, fans were unpleasantly surprised by the quality of the game. Recently, an alleged CDPR developer talked about the state of Cyberpunk 2077 and future plans but CD Projekt RED itself did not comment on the information. We recommend that you treat the news as a rumor.

“CDPR hurt themselves to keep investors safe and sound. Now devs are hearing plans of a “No Man’s Sky” style comeback due to late June. The first two patches should come out mid-March, despite what’s been said by top execs. There will be major departures from the studio in the coming months. Dev morale is on an all time down and Sony is roasting our asses due to the gigantic volume of refund requests. There will be a meeting today with Sony execs to figure out a way to compensate players threatening with legal action. Sony Japan is specially furious.

More to come in the next couple weeks. Feels terrible, man.

There’s no finger pointing as of now. Word on memos comes from the top. The directors and senior devs are taking the flak for the team in what I’d call “an honourable move”. Just so you know, we still joke about a quest that got rewritten more than a dozen times, because a certain top dog wasn’t “feeling it”. It ended up being cut from the final product and should come on a later DLC next year.

There’s people that get hired for whatever reason and stay in the company due to being “trusted by the top dogs”. A good chunk of code is getting scrapped and rewritten from scratch. The intended game might be ready by June 2021.

That’s already done and ready since February. It didn’t get implemented because of a major UI bug that is still present in the retail copies. If you open your .dat files you’ll find a lot of scrapped content still in there.

If you want a refund, please ask for it. It positively impacts us as devs, because we’ve warned the leads a MILLION times about that kind of s***. Most cosmetic overhauls should be ready by the 2nd big update, hopefully.

The update that is due to June will sort out all of the bugs. The code for the PS4/Xbox One is getting scrapped and done separately. PS5’s code is an improvement on the PC due to the awesome dev kit Sony put together for this gen.

You’d be amazed by how much is already done. That “cut content so people finish the main quest” talk was all bulls***. Most apartments with “Closed (locked)” indications used to be lootable, we’ve scrapped 50,000+ lines of dialogue and I believe the June update will bring a whole lot of cut content back into the game.

Address the cut content as well. If they see that you guys are asking for s*** to be put back into the game, we might actually make the game we intended back in 2018. There used to be a huge underground part of the city that the public never got to see because it “looked ugly” to the execs.

It was f***ing awesome and felt like the malkavian/nosferatu path on Vampire the Masquerade.

I don’t want to hate on Keanu, but f***ing hell, our original Johnny was way cooler and sounded like a maniac. Think Foltest on crack. I don’t appreciate his acting either, but he’s a very nice man. Walked up to us personally to greet us on the first day and took time to personally thank us one by one when they wrapped up recording.

The word is his fee was actually manageable and the need for a Star Talent came from outside CDPR. The execs complied, because who the f*** knows? It sucks.

Our original Johnny was heavily inspired by David Hayter’s Solid Snake from the first MGS and believe it or not, Cillian Murphy

There was a whole AI routine with minor gang violence in those areas. Stuff you could sit back and watch unfold or directly influence. There was also a lot of drug use with kids that eventually got cut due to inside censorship. There were priests and hare krishna side arcs that got cut due to censorship. Miles wrote a sidequest where a Max Tac officer offed himself and you could take its place but it created such a complex detour from everything tonally that it got cut as well. I hope it comes back, because it felt amazing to get into their headquarters and hack s***. You’d see the police trying to operate and breaking down mid-arrest due to your shenanigans.

Might sound weird, but the disaster launch was actually something beneficial, from our perspective. A cold shower sets priorities straight and so we’re able to resume work on what was originally intended without having those f***ers breathing down our necks to publish.

I believe it was due to miscommunication and leads not setting goals like they should. The game was jumbled together for 2019’s E3. The last dev comp before the scrap was 160Gb alone. There should be some whistleblowing in the coming weeks if the step downs.

Series X was a mere rewrite of code and load orders. Next-gen’s architecture is actually very good for ports. It’s company policy to release when a game runs without debug hitches and the reason why it did baffles me and is the reason why I started this thread. It’s a mix of hubris and deep incompetence from some big names around here. I’m going home for the holidays and really thinking about my friends who will be in the office for the next couple months redoing scrapped work without being able to say “I f***ING TOLD YOU!!! This is your fault, Boss”. Next E3 will be bizarre for CDPR, I bet.

We’ve scrapped two whole arcs because the mission cleaned a save due to a bug with character placement. We’ve also scrapped a big portion of the underground and sewers because of bugs. Night City had three different types of cab besides Villefort and drivers would hold whole conversations and give quests. That also had to be scrapped.

Police pathfinding script worked wonderfully until somebody screwed the pooch. All I know it is already being fixed. It was a major oversight, of course.

Morgan Blackhand’s backstory and a nod to the Coporate Wars. The DLC’s will add a lot to the crazy and cool ideas Mike gave us when we began briefing the project. You guys should have the complete game by the end of next year, if everything goes well. I really gotta go now. Take care.”

I was born to Play games. I related to Tokyo, Japan. Playing on Nintendo Switch is my hobby. Playing games is in my blood
Previous Microsoft and the Xbox drift issue: call for class action arbitration
Next An analyst mourns the decline of PlayStation in Japan: PS5 had its worst launch in history there