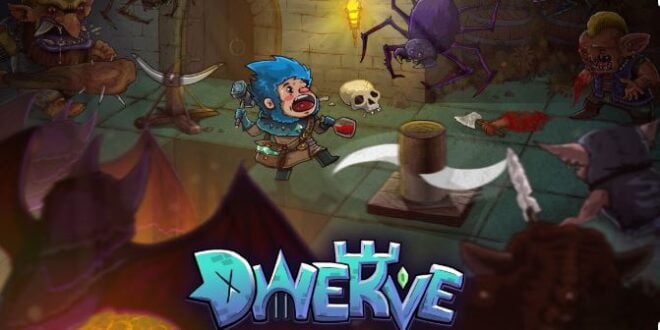 Dwerve is a Zelda-like Action RPG with Tower Defense Combat, and It Hopes To Release on Switch

admin September 10, 2020 News Comments Off on Dwerve is a Zelda-like Action RPG with Tower Defense Combat, and It Hopes To Release on Switch

Dwerve is a new upcoming Zelda-like action RPG with tower defense combat where you play as a dwarven tinkerer that uses turrets and traps to fight.

Dwerve is live on Kickstarter and the campaign has raised over $ 33,487 USD so far, making the campaign 310% funded with 14 days to go. Now the team has announced the Nintendo Switch stretch goal at $60,000 USD.

You can check out the Kickstarter and pledge your support if you’re interested.

Dwerve tells the story of a young dwarven tinkerer that adventures into dwarven ruins to unearth the lost technologies of the ancient warsmiths: turrets and traps. These are the only weapons that can protect the dwarves from Witch Queen Vandra the Wicked and her army of bloodthirsty trolls and monstrous creatures.

Check out the trailer below:

I was born to Play games. I related to Tokyo, Japan. Playing on Nintendo Switch is my hobby. Playing games is in my blood
Previous Call of Duty: Black Ops Cold War details improvements to PS5 and Xbox Series X
Next Diana Rigg Dies: ‘Games Of Thrones’, ‘The Avengers’ & Bond Actress Was 82