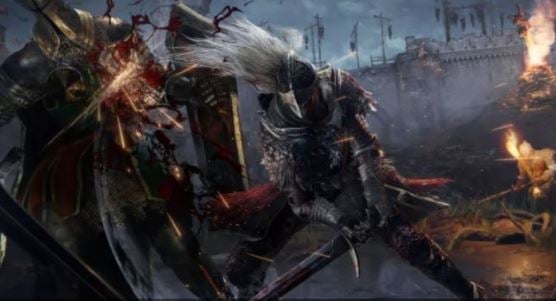 The long-awaited premiere of a video with gameplay footage of the next FromSoftware project took place in the finale of the opening show Summer Game Fest with Jeff Keely.

In an almost three-minute trailer, the developers show an open world that can be freely explored, combat (this time with an emphasis on RPGs), and giant bosses. Visiting the “dark, tangled dungeons” will be seamless.

As expected, the game will also be released on Xbox One and PS4 in addition to the next-generation consoles. Upgrading to PS5 and Xbox Series versions is free.

Burst into battle, eliminate enemies one by one with stealth, or even summon allies. You have many options and you decide how to approach movement and combat.

Explore incredible environments on foot or on horseback, alone or online with other players. Immerse yourself in a world of grassy plains, suffocating swamps, spiraling mountains and dark castles in the new From Software game.

from the game description

The game was announced on June 9, 2019, and since then the developers have remained silent for more than two years. During this time, Elden Ring turned into a meme, as fans expected to see her at every big presentation, but didn’t get what they wanted.

The first show, Summer Game Fest, also unveiled the PS5 reissue of Death Stranding with new content and a fantasy spin-off of Borderlands.