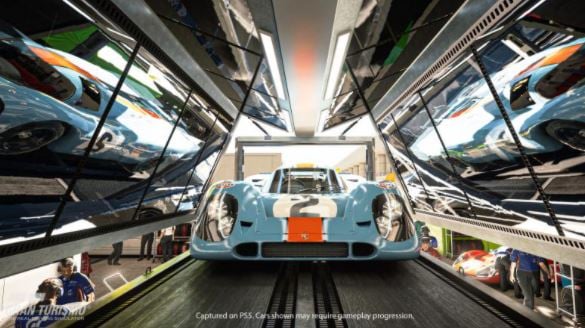 Gran Turismo 7 delayed to 2022 due to Covid-19, confirms PlayStation CEO

admin 1 week ago News Comments Off on Gran Turismo 7 delayed to 2022 due to Covid-19, confirms PlayStation CEO

Gran Turismo 7 will not see the light as planned. The driving title of the saga is considerably delayed and will be released in 2022.
The PlayStation exclusives calendar for 2021 was formed, among other titles, by the new installment of the Gran Turismo saga. Although no release date had been given, the game was scheduled to launch later this year.

Unfortunately for motor enthusiasts, Gran Turismo 7 is going to be delayed for a year. The title developed by Kazunori Yamauchi and the Polyphony Digital team will not launch until 2022.

The news was made known thanks to an interview with Jim Ryan, CEO of PlayStation, with GQ magazine. Sony’s public relations team issued a brief statement regarding the decision to delay the game for nearly a year.

GT7 has been affected by the production challenges related to Covid and, therefore, will go from 2021 to 2022, they commented from PlayStation. With the pandemic ongoing, it is a dynamic and changing situation and some critical aspects of game production have slowed down in recent months. We will share more details on the GT7 release date when it becomes available.

Therefore, in the absence of knowing the reactions from the developer of Gran Turismo 7, it seems that the driving simulator is the latest game to add to the already long list of productions affected by the pandemic that has plagued the world since a year ago.

We will be attentive to everything that comes from the dome related to the game. The last that could be known as the confirmation, by Kazunori Yamauchi, that Gran Turismo 7 will be like the classic GT.

I was born to Play games. I related to Tokyo, Japan. Playing on Nintendo Switch is my hobby. Playing games is in my blood
Previous The CEO of Tequila Works highlights the importance of the Zelda saga in RPG and adventure games
Next Sony officially announced second-generation PS VR