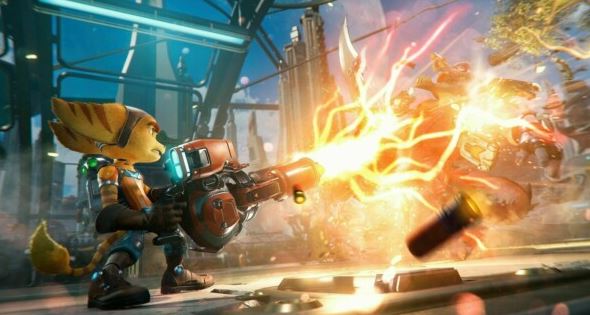 Head of Sony Interactive: analog Game Pass would be “unviable” on PlayStation

admin September 17, 2020 News Comments Off on Head of Sony Interactive: analog Game Pass would be “unviable” on PlayStation

In a conversation with the GamesIndustry portal. earlier, Sony Interactive Entertainment CEO Jim Ryan explained why the company does not plan to launch its own service similar to Microsoft’s Game Pass. According to him, on the PlayStation, such a business model would not be able to pay off in any way-primarily because the development of games from internal studios takes a lot of money.

It doesn’t make sense to give subscribers access to new products on the day of release, as Microsoft does with almost all its own exclusives, for Sony, Ryan stressed.

In our understanding, the platform is not defined by access to a certain catalog of games. As you’ve probably heard, our idea is “new games, great games”.

And we have already talked about this — we are not going to give away our new releases based on the subscription model. It takes millions of dollars to create these games, much more than 100 million. For us, this model is not viable.

The head of SIE noted that he does not consider the game Pass analog to be unprofitable by definition — in another situation, it might make sense to support such a service. However, Sony wants to invest as much as possible in the development of its platform and games for it.

We want to make games more large — scale and high-quality, and in the future-more long-lived. So to release them in the subscription service on the day of release is nonsense for us.

For someone else in a different situation, it probably would have made sense. But not for us. We want to expand our ecosystem, and distributing new products by subscription does not contribute to this goal.

At the same time, Ryan is not against a service like PS Plus Collection, which gives access to a small set of games released over the past few years. In his understanding, this will make the purchase of the console along with a subscription to PS Plus more attractive for beginners.

The collection includes all excellent IP from internal studios and titles from our partners. We believe that if you buy a PlayStation for the first time, if you didn’t have a PS4, but you take the PS5 along with the PS Plus, you get a PS4 for the price of this subscription.

We are very happy to be able to offer players something like this.

I was born to Play games. I related to Tokyo, Japan. Playing on Nintendo Switch is my hobby. Playing games is in my blood
Previous Sony announces God of War: Ragnarok
Next Crusader Kings 3 is getting a huge fantasy mod inspired by Dragon Age and The Witcher