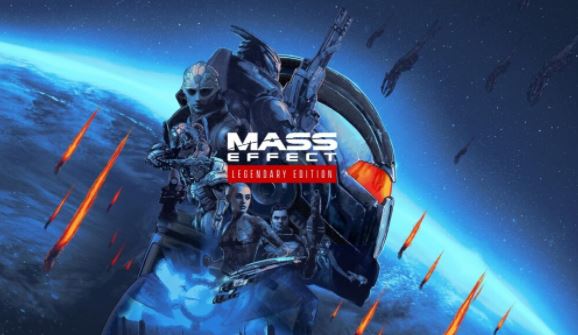 We explain to you which decisions you have to make in the Mass Effect: Legendary Edition in order to save your whole team and the trophy “Nobody is left behind!” to secure.

As the final mission of Mass Effect 2, the suicide mission sends Shepard and his or her crew into the fight against the collectors. The team’s chances are slim and depending on your choices some of them may even die. But how you bring both the Normandy crew and your comrades home safely, we explain to you in this guide.

Whether all characters survive the suicide mission depends to a large extent on the decisions you make during the course of the mission and how well you have prepared yourself in advance.

Preparations for the suicide mission:

Get all the upgrades for the Normandy

Before you fly through the Omega-4 portal, you should definitely get the ship upgrades and install them. You unlock them by talking to team members after certain loyalty missions:

The upgrades are not cheap. The Thanix particle cannon costs 15,000 platinum, the heavy ship armor and the multi-core shield each cost 15,000 palladium. At the time of the mission, these prizes shouldn’t be a big problem if you’ve gathered some resources.

Complete the loyalty missions for all team members

The loyalty missions are no guarantee for the survival of your team, but they are a very important factor. Companions who are not loyal are very likely to die during the suicide mission. To unlock the loyalty missions, you just have to talk to your crew from time to time between the missions until they give you a personal assignment.

Be sure to complete these loyalty missions before starting the Reaper FFS mission. The only exception here is Legion, which you only get after the Reaper FFS. Talk to him as soon as you are back on the Normandy in order to receive his assignment as well.

This should make it easier for you to maintain the loyalty of all crew members. Especially the argument between Miranda and Jack (which ends up in you losing the loyalty of either of them if your Paragon / Renegade score is not very high) was notorious for being extremely difficult to resolve. Despite the adjustments, it is advisable to do the loyalty mission from Miranda or Jack as late as possible in order to collect enough morale points.

In this way you ensure the survival of the rest of the crew
The fate of the kidnapped crew of the Normandy will also be decided by your actions. If you want to save the entire crew, you have to hurry. After returning from the Reaper FFS mission, you will only be allowed to complete one single mission: Legion’s Loyalty Mission.

Each further mission ensures that you will only find part of your crew dead. If you complete more than four orders, only your doctor will survive.

Decisions made during the suicide mission

As soon as you fly through the Omega 4 portal and start the suicide mission, you as Shephard have to decide how you use your team at different points. If you choose the wrong or disloyal team member, they will most likely die. Here are all the decisions and the best choices at a glance:

Right before the final fight, you have to make another decision – which team members to take with you to the final fight and which to stay behind to have your back. The survival of the team that remains behind is decided by a hidden point system. Every character has a defense value, if he is not loyal, this value decreases. For everyone to survive, the average of all values ​​must be high enough.

Garrus, Grunt, and Zaeed have the best stats here, so at least one of them should be on the defending team. Mordin, Tali, Jack, and Kasumi have the lowest values ​​(all other team members are in between), so it makes sense to send one of them back to the ship with the survivors and take at least one more character into the final battle.

Resident Evil 8 Village: Cheats for combat, get health, free ammunition and much more