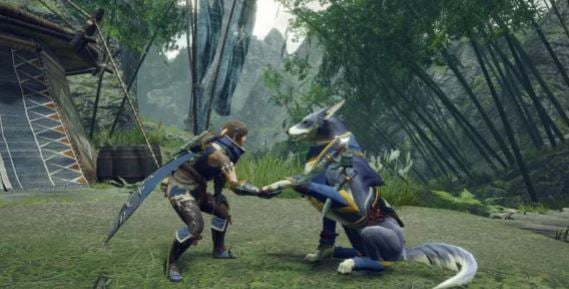 Monster Hunter fans are living some very good days with a double release: on the one hand, the Monster Hunter movie directed by Paul WS Anderson; and on the other hand, the release of the highly anticipated Monster Hunter Rise on Nintendo Switch (remember that the game will arrive on PC in 2022 ). Of course, if you are playing and you have the DLC, be careful, an error may prevent you from loading the game.

Capcom has announced that it is aware of a bug that is causing the game to crash if users use the samurai poses that are included in the game’s first paid DLC. The “Attack” and “Damage” poses are causing a strange problem, as when players add it to their pose menu and exit the game, then they cannot load the game.

“We are aware of an issue with Downloadable Attack / Damage poses that cause setting the action bar and exiting the game to cause an error that prevents opening the same save file the next time the game is launched. We are working on an update to fix this issue as soon as possible, “said Capcom.

In addition, the Japanese studio has asked players not to add these poses to their menu: “In the meantime, avoid setting these poses in the action bar (remove them if you have already done so) and use them only from the start menu.” Of course, a curious failure, because as you can see, they can be used, as long as you do not do it from the action menu.

The first paid DLC adds different content to the game, such as makeup, hairstyles, voices, gestures, poses, and more. The game is now available for Nintendo Switch and its launch trailer has included a surprise in the form of a new monster that will arrive soon.

I was born to Play games. I related to Tokyo, Japan. Playing on Nintendo Switch is my hobby. Playing games is in my blood
Previous Capcom reached the highest value of its shares in its history thanks to the launch of Monster Hunter Rise
Next CDPR publishes a full list of changes in patch 1.2 for Cyberpunk 2077 – there are more than 500