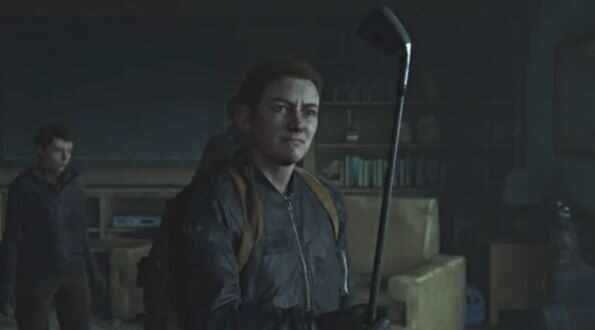 admin March 3, 2021 News Comments Off on Neil Druckmann explains why Abby used a golf club in one of the key scenes of The Last of Us Part II

Why Abby is using a golf club in one of the key scenes of TLoU II, Neil Druckmann spoke.

The game designer noted that no one had asked him about this issue before, despite the fact that the golf club episode became one of the most talked-about in The Last of Us Part II. It was leaked before the game was released – and in it, Abby, one of the main characters, kills Joel, the protagonist of the first TLoU, with a golf club.

According to Druckmann, Abby was originally supposed to stab Joel with a knife and paralyze him by twisting the blade through his body. But the developers decided that the knife was more associated with another heroine, Ellie, since she used it in the first part of The Last of Us and, according to the script, had to use it in the second, during revenge for Joel. Abby, therefore, had to be given another weapon.

The choice of the writers settled on a golf club. This item is associated with the youth of Neil Druckmann – the game designer said that when he was 16 years old, a friend accidentally hit him on the head with a club. After that, Neil Druckmann had to put on about 30 stitches.

Ha, nobody asked me about that. The following incident happened to me once: a friend called me to the golf course, showed me clubs. I was standing behind – and got hit on the head when he was swinging. Blood was everywhere then.

Neil Druckmann
Game Director of The Last of Us Part II

I was born to Play games. I related to Tokyo, Japan. Playing on Nintendo Switch is my hobby. Playing games is in my blood
Previous Resident Evil 9 is in development, says a well-known insider of the saga
Next Pokémon Unite beta players in Canada bypass ban on not sharing content