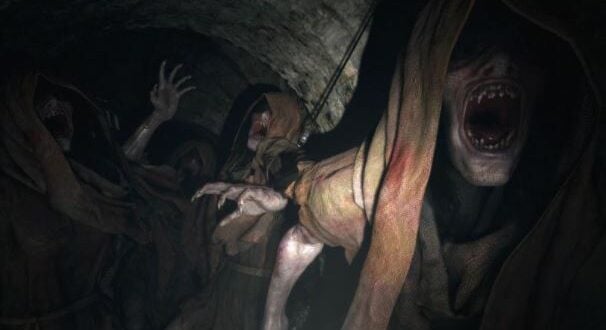 admin March 3, 2021 News Comments Off on Resident Evil 9 is in development, says a well-known insider of the saga

The Resident Evil saga has a very exciting future ahead of it, or at least if we stick to this rumor. Next May 7 will launch Resident Evil Village on PC and consoles, with multiplayer RE: Verse, but there are other games in development in addition to Resident Evil 4 Remake …

So says the well-known insider Dusk Golem, who has starred in the Resident Evil rumors for years. We still do not know anything official about the rumored Resident Evil Revelations 3 for Switch, although it seems Capcom is developing a ninth installment of the saga.

It may seem crazy, but we must not forget that Capcom’s financial health is at its best and that in the stolen data it could be seen that Resident Evil would become an almost annual saga. Dusk Golem assures that Resident Evil 9 is in development.

Citing a tweet from a user that there are three games in the series in development (Resident Evil Village, Resident Evil 4 Remake, and Switch’s Resident Evil), this insider said that, at the end of 2018, Capcom was working on six titles of the series. franchise at the same time … including Resident Evil 9.

Dusk Golem assures that there are a few years to go before we see this new Resident Evil, that we do not know if it will be a direct sequel to Village or will follow a different story. According to this rumor, 2024 would be the date chosen by Capcom, while in 2022 and 2023 Revelations 3 and the remake of Resident Evil 4 will be released.

As we always say, this is just a rumor, and at the moment the only game we’ll see in a few months is Resident Evil Village. The eighth installment of the franchise will arrive on May 7 on PS5, Xbox Series X | S, PC, PS4, and Xbox One.

I was born to Play games. I related to Tokyo, Japan. Playing on Nintendo Switch is my hobby. Playing games is in my blood
Previous Nintendo Switch celebrates 4 years since its launch
Next Neil Druckmann explains why Abby used a golf club in one of the key scenes of The Last of Us Part II