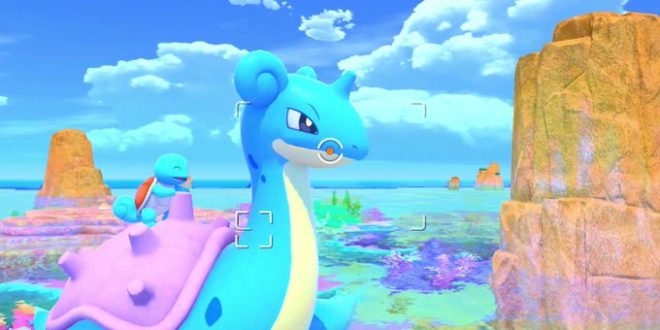 After more than 20 years, It’s finally happening: Pokémon Snap is making a comeback. The classic N64 game where players simply capture photos of pocket monsters is on its way to the Nintendo Switch. We don’t know much about the new version just yet — aside from the fact that it’s called, matter-of-factly, New Pokémon Snap — though it’s being developed by Bandai Namco.

The upcoming game will take you to the jungles and beaches of Pokemon-filled islands, where you can research the critters “in their natural habitats,” the company said in a release. The photos you take will make up your in-game Pokemon Photodex and reveal “never-before-seen” Pokemon expressions and behaviors.

Also revealed was tooth-brushing app Pokemon Smile, along with free-to-start puzzler Pokemon Cafe Mix. If you need some fresh Pokemon in your life right now, Sword and Shield expansion The Isle of Armor lands on Switch Wednesday.

I was born to Play games. I related to Tokyo, Japan. Playing on Nintendo Switch is my hobby. Playing games is in my blood
Previous Kingdom Hearts: Melody of Memory launches for Nintendo Switch
Next Super Robot Wars 30th Anniversary listed for PS4, Switch, and PS5