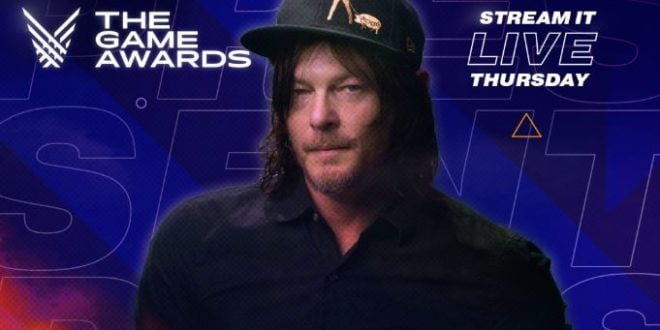 admin December 12, 2019 News Comments Off on Norman Reedus will be a co-host at The Game Awards 2019

This is an interesting news because Norman Reedus has been nominated for the Best Personality Performance in Video Games. The Game Awards 2019 will be held on Fri, 13 Dec • 6:30 am GMT+5.

Norman Mark Reedus is an American actor, voice actor, television host, and model. He is known for starring in the popular AMC horror drama series The Walking Dead as Daryl Dixon and in the film The Boondock Saints and its sequel The Boondock Saints II: All Saints Day as Murphy MacManus

Lets have a look what Geoff Keighley said:

We’re happy to welcome Norman Reedus ,bigbaldhead as a presenter (and a nominee) tomorrow night at TheGameAwards

I was born to Play games. I related to Tokyo, Japan. Playing on Nintendo Switch is my hobby. Playing games is in my blood
Previous 3000th Duel is coming to Nintendo switch
Next Analyst predicts “Nintendo could sell 4 million units in china by March”