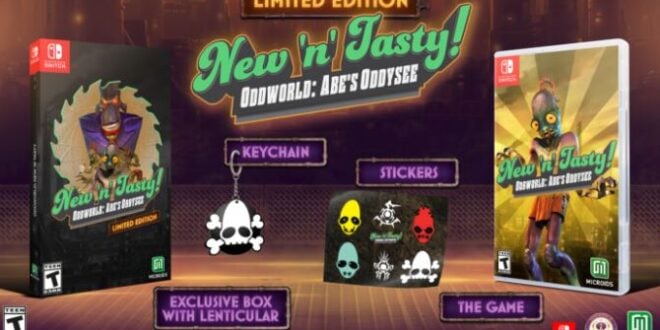 Oddworld Inhabitants and Microids have announced a hybrid console platformer in a short trailer. Port of New ‘n’ Tasty will be available in October, and pre-orders for physical editions will start collecting soon.

In addition to the game itself, the limited edition will include stickers, a keychain, and a specially designed box.

Oddworld: New ‘n’ Tasty is a remake of the original Abe’s Odyssey, which was released in 1997. An updated version of the game about Abe, who is trying to free his race from slavery, was released on PS4 in 2014, and later ported to other consoles, mobile devices, and PCs.

The next part of the Oddworld series, called Soulstorm, should be released before the end of 2020 – the release will take place on PC, PS4, and PS5.

I was born to Play games. I related to Tokyo, Japan. Playing on Nintendo Switch is my hobby. Playing games is in my blood
Previous The second DLC for Minecraft Dungeons will be released on September 8
Next New vacancies have appeared on the Cloud Chamber Studios website, it looks like BioShock 4 development is in full swing