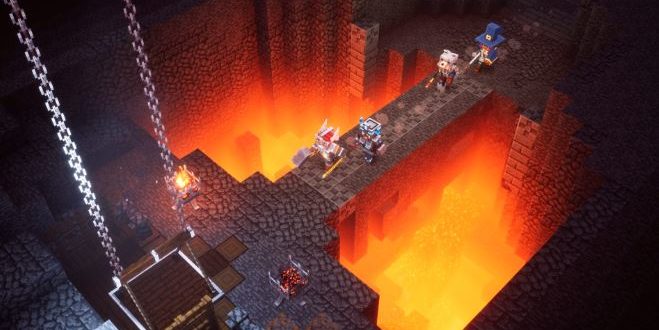 admin August 11, 2020 News Comments Off on The second DLC for Minecraft Dungeons will be released on September 8

The developers talked in more detail about the next updates that await Minecraft Dungeons.

Already on September 8, the second DLC, Creeping Winter, will be released, it will send players to snow-covered locations, and will also add new enemies, artifacts, weapons, and armor.

In addition, a free content update will be released on the same day, which will add new sellers and daily challenges.

And finally, on September 8, the game will appear on physical media in the Hero Edition, which includes two add-ons – Creeping Winter and Jungle Awakens. Versions will be available for Xbox One, Xbox Series X, PS4, and Nintendo Switch

I was born to Play games. I related to Tokyo, Japan. Playing on Nintendo Switch is my hobby. Playing games is in my blood
Previous Fall Guys Creators Will Give An In-Game Gift As An Apology For Server Issues
Next Oddworld: Abe’s Odyssee Remake Coming To Nintendo Switch In October