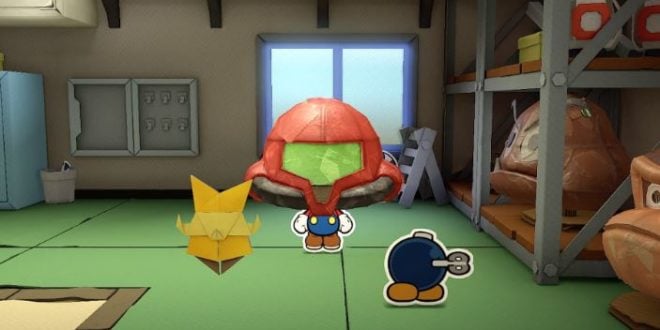 As many of you may know, one of the aspects that have been criticized the most by players of Paper Mario: The Origami King is its battle system. While we recently heard statements about why the battle systems change in each installment, now the producer of the game, Kensuke Tanabe, has spoken out about these criticisms.

In a recent meeting with GamesPC, he states that they never know if the battle system will like it until the game is released and that that risk is worth it because if not they would no longer be impressing players. We leave you with the answer that the creative gave when the news outlet asked him about those people who find the new battle system somewhat “stressful” :

When we implement a new or unique system in a game, we don’t know until the release date if players will like it. In this sense, there is always some risk when implementing a new system. However, if you avoid this risk, in my opinion, it is not possible to surprise or impress the players. Lately, bugs have been heavily criticized, something I’ve experienced too. Still, one of my core beliefs as a game designer is taking on challenges, even if they involve certain risks.

I was born to Play games. I related to Tokyo, Japan. Playing on Nintendo Switch is my hobby. Playing games is in my blood
Previous Crash Bandicoot 4 site code mentions Switch and PC
Next NPD: 1 in 3 Americans with PS4 or Xbox One owns both consoles