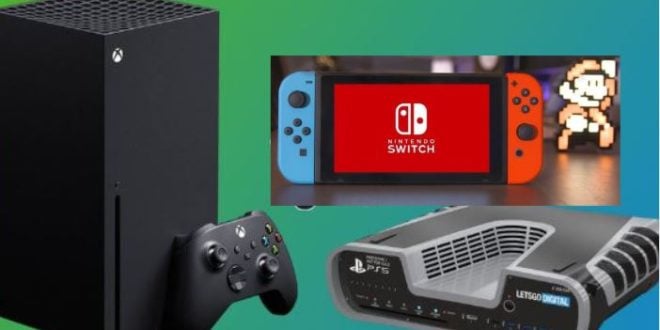 NPD: 1 in 3 Americans with PS4 or Xbox One owns both consoles

admin August 10, 2020 News Comments Off on NPD: 1 in 3 Americans with PS4 or Xbox One owns both consoles

According to analysts at the NPD Group, the US video game market is breaking records for the second quarter in a row. The total amount that US residents spent on games, consoles, and accessories from April to June reached $ 11.6 billion.

The biggest increase in spending in a year was on consoles. Revenue from sales of Nintendo Switch, PS4, Xbox One, and other devices totaled $ 848 million, up 57% from a year earlier.

As noted analyst Matt Piskatella on his Twitter, the number of people who play on multiple platforms continues to grow. For example, every third American who owns a PS4 or Xbox One has both. And at least 82% of PS4, Xbox One, or Switch owners played not only on consoles but also on mobile devices in the quarter.

In turn, sales of the games themselves grew by less than a third – users spent 10.2 billion on physical and digital copies, as well as DLC and subscription services. NPD did not provide a full-fledged sales chart, but they named the list of the most successful titles of the quarter by revenue – in no particular order:

I was born to Play games. I related to Tokyo, Japan. Playing on Nintendo Switch is my hobby. Playing games is in my blood
Previous Paper Mario: The Origami King Producer Responds To Criticism Of Battle System
Next The owners of most EA shares voted against the company’s management bonuses in the 2020 year