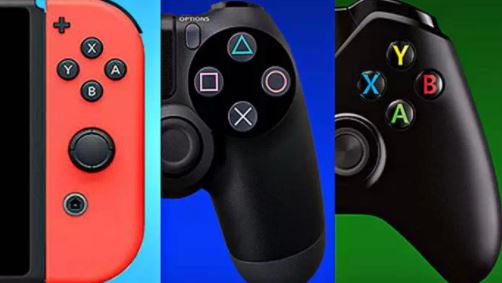 At the moment, Epic Games and Apple are in court and this is an opportunity to discover information that was until now confidential. Today, we learn some interesting things that have played out behind the scenes regarding crossplay between Sony and Fortnite. And of course, with supporting documents!

EPIC GAMES HAS DONE EVERYTHING TO SEDUCE SONY

Indeed, crossplay offers the possibility to players of various platforms to be able to play together on the same multiplayer game. If the players are fond of this functionality, on the other hand, Sony has not always been very inclined to the arrival of the crossplay to keep its place of leader. Except that since then, Fortnite has been there … If the Japanese manufacturer had blocked Rocket League and Minecraft while its competitors had decided to integrate the function on their consoles, finally, Sony is reviewing its copy and announcing the opening of crossplay on PS4 with Fortnite.

At the time, Joe Kreiner, vice president of business development at Epic Games decided to ask Sony to activate crossplay for the new game which would quickly become popular. For the latter, the disappointment is great. For Kreiner, it was unthinkable not to get what Epic wanted. In an attempt to obtain satisfaction of his request, Kreiner proposes to put Sony on a pedestal to ” pass them off as heroes ” during the announcement of the crossplay or to offer content only for those who have the PlayStation Plus. Offers which unfortunately will not seduce the manufacturer.

SONY GIVES IN, BUT NOT WITHOUT FINANCIAL COMPENSATION

Finally, Sony gives in and accepts the request of Epic Games most certainly in the face of pressure from the players. But the Japanese giant does not do it without securing its rear. Indeed, as we can discover thanks to a document unveiled during the Epic / Apple trial , Sony wants to limit its losses linked to the arrival of crossplay. 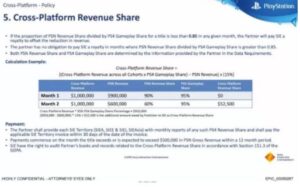 And for that, Sony asks each publisher to pay a royalty, after sharing the usage data of the game whose crossplay is activated. With this information, the game’s revenue through the PSN is compared to the percentage of use of its PS version and if this revenue falls below a certain threshold after the crossplay acceptance, then Sony is paid royalties to the manufacturer. A document that turns out to be authentic since Tim Sweeney confirmed it during the trial. The latter explained that ” Epic has to pay extra sums if a person mainly plays on PlayStation but spends their money on iPhone, then that can cause compensation “.

A unique practice in the industry shows that Sony was able to impose its rules and receive money to accept the activation of crossplay.

PS5: SONY READY TO DO ANYTHING TO MEET THE SHORTAGE OF CONSOLES