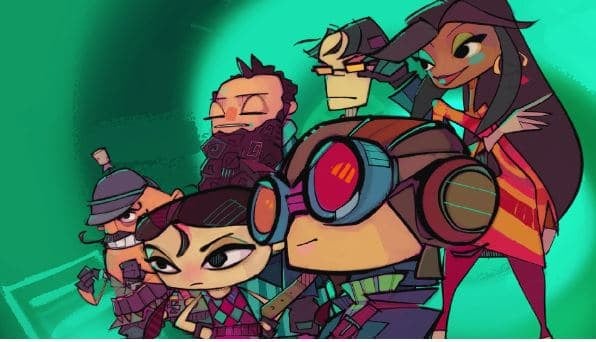 Double Fine Productions released the first Psychonauts game in 2005. Although it was deemed a commercial failure after failing to sell 100,000 retail units at the time of its release, it has since gained a cult following. A decade after it was launched and a few years following Double Fine’s acquisition of the rights to the game, the developers announced a sequel was in the works at The Game Awards 2015.

Six years later, Psychonauts 2 is finally here, and in a rare case of a game living up to the hype, the sequel blew past all expectations – and then some.

If you’re looking for the game, it’s currently available on several platforms like the PlayStation and Xbox consoles. If you’re in need of some Xbox Live Gift Cards, OffGamers has got you covered right here.

What Makes Psychonauts 2 Such A Good Game?

Even if Psychonauts 2 came 16 years after the 2005 cult classic, only a couple of days have passed for Raz and his friends. The sequel picks up exactly where the first title left off – technically, a 2017 VR follow-up was released, but the story of that game is inconsequential in the grand scheme of things.

What makes Psychonauts 2 such a perfect sequel is that it feels just like a more polished version of its predecessor. The quirky and dorky characters are still all there, complete with their psychedelic mental worlds. It even manages to bring back some of the clunky platforming of the original, albeit with a certain amount of improvements that should make fans of the original feel quite at home.

Speaking of the original, Psychonauts 2 treats older fans to touching reunions, cheeky easter eggs, and a ton of backstory. However, the game remembers that not everyone managed to play the first game or the 2017 VR title. It does an excellent job at letting first-time players enjoy the well-written, funny, and bright story as if it was a standalone title.

Do The Gameplay and Combat Feel Outdated?

One of the biggest concerns about Psychonauts 2 was how the mid-2000s platforming mechanics would translate with modern gamers. After all, there hasn’t exactly been a lot of good platformers lately. However, unlike Crash Bandicoot 4: It’s About Time and Ratchet & Clank: Rift Apart, both of which completely changed how its predecessors worked (for the better), Psychonauts 2 didn’t.

Instead, what the developers did for Psychonauts 2 was to put a lot more thought and care into designing how the game played. The result is a game that’s overflowing with personality as it expands on the predecessor’s platforming and combat. Although moving, jumping, and attacking occasionally feels clunky, especially when classic 3D platformer bugs and issues pop up, these little irritations give the game a unique charm that’s oddly missing in the aforementioned action platformers.

It’s not worse because of its problems. It’s not better either. It is, well, exactly what it is, and it is this “something” that will make you love the game more.

Is Psychonauts 2 Worth Buying?

Not a lot of games get a second lease in life after failing to sell. Psychonauts is already a unicorn in that sense. However, for Psychonauts 2 to be more than what anyone could have ever imagined a Psychonauts sequel could be is just proof that some games deserve a second chance.

Regardless of whether you’re a first-time player or a returning fan, one thing that we’re sure of is that Psychonauts 2 will leave you wanting the third installment to the game.

Resident Evil 3: The board game arrives in October, just in time for Halloween

This is the island of BLACKPINK, one of the best K-pop groups of today, in Animal Crossing: New Horizons