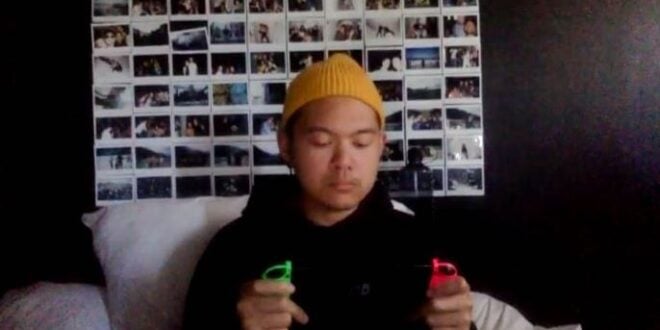 admin July 14, 2020 AnimalCrossing Comments Off on Student opens up about unwinding from tedious household chores through tedious Animal Crossing chores

Paul, an SFU student used to living with two roommates in a bachelor pad during the school year, found his life flipped upside down when ordered to fly home in the wake of the pandemic. Frazzled and worn, Paul’s face blinks into being on my screen as we sit down for a one-on-one Zoom call. We’re here to talk about his unfair situation.

This drastic change, Paul says, provided chilling reminders of why he had left his hometown in the first place. Already his hands seem (though I can’t know for sure) to smell of Scrubbing Bubbles and despair; his parents are apparently “ordering him around like a maid.”

Paul’s voice raised to a wail as his father brought him in apple slices cut in the shape of stars.

“I feel like I should buy and wear one of those black and white outfits — you know, like the Halloween costumes? Maybe then they’ll see how they’re exploiting me,” Paul whispers as his mother appears in the background to pick up his laundry.

“When I’m at school under normal circumstances, I’m really busy keeping up that 4.33,” the C-minus student continues. “I sometimes don’t prioritize doing chores around the house. Who can blame me, right? I can’t let scrubbing toilets and dishes get in the way of my future.”

Now, though, Paul was home — and his parents were expecting so much from him.

“I had to go get the mail today. Can you believe that? And I had to answer the door when the pizza guy came the other day. I’m being stretched so thin,” Paul’s voice raised to a wail as his father brought him in apple slices cut in the shape of stars.

His solution to this suffocating situation? Animal Crossing: New Horizons. The Nintendo Switch game, according to the student, is an escape from the overwhelming daily chores and the painful, jabbing reminders of reality that come with them.

“There’s nothing like planting rows and rows and rows of flowers in hopes of curating some hybrid colours,” Paul continues, a smile forming from ear to ear.

“When I’m feeling frustrated that my mom wants me to mow the yard, I turn on the game and get down to landscaping. I swear, I’ve spent hours terraforming my island, shovelling one cubic-metre at a time until I get the right shaped lake,” Paul says, his once-fatigued expression evaporating.

“There’s nothing like planting rows and rows and rows of flowers in hopes of curating some hybrid colours,” Paul continues, a smile forming from ear to ear at the mention of this cathartic, painstakingly drawn-out effort.

Soon he returns to the subject of his parents’ cruelty. Frequently, they ask him to perform back-breaking tasks like handing over the remote from the table beside him — or worse, telling his brother that dinner is ready.

“Can you believe that they expect me to take time out of my extremely busy schedule to do something so difficult?” he asks, voice wobbling with exasperation. “They don’t even care about my villagers. Marshall lives on my island, dude. I need to spend time talking to that legend. They just don’t get it. I have turnips to organize.

It seemed like his hands smelled of sweat from holding the console for too long and not Scrubbing Bubbles after all.

“You guys are actually lucky I took time out of my super full schedule to talk to you,” Paul confides. “Nook’s Cranny closes in like 20 minutes and I have pockets full of hot items to sell. There just isn’t enough time for it all.”

At this point, Paul has actually grabbed his Switch and begun playing. He has it at a low enough angle that he thinks we won’t be able to see it. But the faint sounds of Timmy and Tommy talking have given him away. In retrospect, it seems like his hands smelled of sweat from holding the console for too long and not Scrubbing Bubbles after all.

Paul’s closing words: “My parents order me around as though I have all the free time in the world. Sure, I’m not taking any classes during the summer, and I don’t have a job, and I’m socially distancing inside, but they have to remember that I don’t have six arms or anything. All these chores are too much for one guy.”

Paul would proceed to pull pixelated weeds and chop wood for the next four hours, according to his brother, who spent that time vacuuming Paul’s room.

I was born to Play games. I related to Tokyo, Japan. Playing on Nintendo Switch is my hobby. Playing games is in my blood
Previous Crysis Remastered comes to Nintendo Switch first with improved physics
Next Why exactly is Animal Crossing: New Horizons so popular? 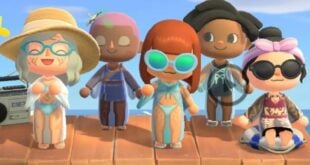 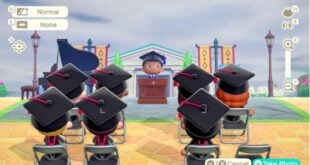 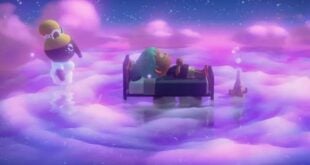 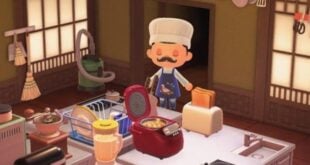 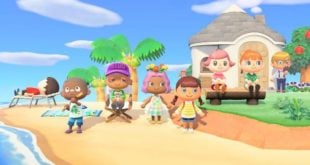