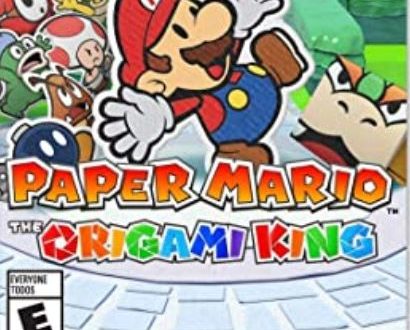 admin 1 week ago News Comments Off on Switch’s upcoming game Paper Mario: The Origami King is available for pre-order

Paper Mario: The Origami King will launch on Nintendo Switch on July 17. According to the officials, the game is available for pre-order for $59.96.

The Origami King will be the sixth installment in the Japanese game maker’s iconic Paper Mario series, which turns 20 this year following releases for Nintendo 64, GameCube, Wii, 3DS, and Wii U. According to Nintendo’s official website for the RPG-style game, its story will follow a cute, flat version of everyone’s favorite Italian plumber as he attempts to free Princess Peach’s castle from the evil King Olly alongside a new partner named Olivia. Players will have to solve puzzles and duke it out with Folded Soldiers on a new ring-based battle system with the help of classic characters and Mario’s new 1,000-Fold Arms ability, which allows him to peel back certain parts of his paper environment.