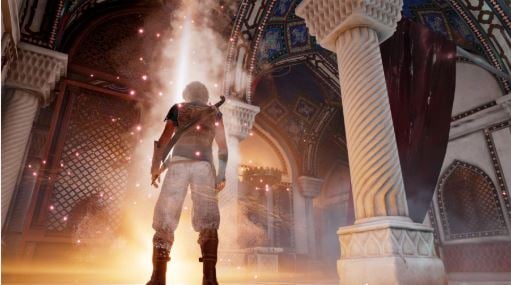 The first trailer and screenshots of the remake of Prince of Persia: Sands of Time-the game will be released on January 21

admin September 10, 2020 News Comments Off on The first trailer and screenshots of the remake of Prince of Persia: Sands of Time-the game will be released on January 21

An updated version of the 2003 action was presented at the Ubisoft Forward show. Sands of Time was reworked from scratch, inviting the main role of the same voice actor — Yuri Lowenthal, known, among other things, for the role of Spider-Man in the game from Insomniac.

The developers not only created new character models and environments but also improved audio effects, as well as updated controls. In addition, the Sands of Time Remake will feature the original Prince of Persia — or rather, the Mac version released in 1991 — which can be opened during the campaign.

The game will be released on PC, PS4, and Xbox One, and updates to the PS5 and Xbox Series versions will be free. In the US, the remake will cost $ 40-regional prices will be known later.

First Screenshots of Prince of Persia: Sands of Time

Information about the remake “leaked” to the network in August-it was later confirmed by insiders, and a few hours before the announcement at Ubisoft Forward in Uplay, advertising banners appeared ahead of time.

I was born to Play games. I related to Tokyo, Japan. Playing on Nintendo Switch is my hobby. Playing games is in my blood
Previous Diana Rigg Dies: ‘Games Of Thrones’, ‘The Avengers’ & Bond Actress Was 82
Next Nintendo Switch 4K: the firm is already asking developers for 4K Ready games