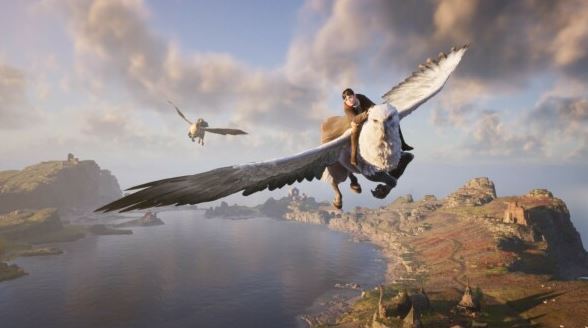 admin September 17, 2020 News Comments Off on Warner Bros: writer JK Rowling is not directly involved in the creation of Hogwarts Legacy

A day after the announcement of Hogwarts Legacy, an open-world RPG in the Harry Potter universe, Warner Bros. Games has published answers to frequently asked questions about the game.

WB Games, among other things, clarified that the writer JK Rowling, who created “Harry Potter”, is not directly involved in the development of the Hogwarts Legacy. The publisher noted that the game, like any other project in the Wizarding world universe, “is based on the outstanding writing skills” of Rowling.

Polygon tried to find out if this means that the writer is somehow involved in the development of the game, but WB Games did not give a detailed comment.

JK Rowling is not directly involved in the creation of the game, although all projects in the Wizarding world universe are based on her outstanding writing skills.

This is not a new JK Rowling story.

JK Rowling in 2020 was subjected to mass criticism — so, in June, some of her statements were considered transphobic. Because of this, as anonymously told the developers of the Studio Avalanche Software, engaged in Hogwarts Legacy, the Studio began to worry. Warner Bros. amid criticism of JK Rowling for transphobia, she assured that the company supports diversity and inclusivity.

In September, Rowling was again criticized for being biased against transgender people, as the writer made a transgender villain in her book “Bad blood”. After that, the hashtag RIPJKRowling became popular on Twitter, which users of social networks wanted to announce the death of Rowling’s career.

Hogwarts Legacy is set to be released in 2021 on PS4, Xbox One, and PC, as well as the next — generation consoles-the Xbox Series X and PS5. The game was first shown at the PS5 presentation, and its trailer became the most popular video shown on the broadcast. During the day, it was viewed on the PlayStation channel more than 3.2 million times.

I was born to Play games. I related to Tokyo, Japan. Playing on Nintendo Switch is my hobby. Playing games is in my blood
Previous Final Fantasy XIV: the free version has never been more complete than now
Next The head of Sony Interactive confirms that the PS5 does not support backward compatibility with the original PlayStation, PS2, and PS3