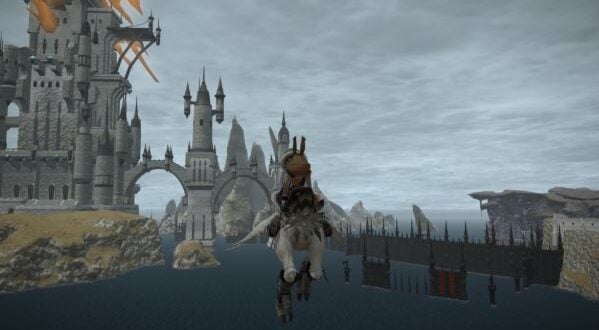 admin September 17, 2020 News Comments Off on Final Fantasy XIV: the free version has never been more complete than now

Whether you are a PC, Mac, or PS4 gamer, the new trial version of Square Enix’s MMO awaits you. It brings major changes to the plot of A Realm Reborn, – the base game – to make it more rhythmic and more enjoyable to navigate. Another addition, and not the least, this trial version has been extended. Where the original left off at level 35, in the middle of the A Realm Reborn epic, this one now lets you play until the end of the first expansion, Heavensward. You can therefore enjoy a complete MMO for free and without subscription up to level 60, in its most successful version to date.

THE ADVENTURE OF A LIFETIME

If Final Fantasy has managed to seduce generations of players for almost 35 years, it is thanks to its unique universe. The stories told to players in this series greatly contribute to the enthusiasm of the fans for each new episode. However, Final Fantasy XIV is a little different from other episodes in the series: it’s a massively multiplayer game, so the social aspect may scare some players. Your character may be almost silent and created from scratch, he takes part in one of the greatest adventures of the license.

The clashes that seem to be a pretext at first glance give way to major geopolitical conflicts of the universe of Final Fantasy. The “  fan service  ” makes an act of presence without the game being buried there and only embellishes one of the best scenarios of the series. This one is endlessly acclaimed by players and critics alike, especially from Heavensward. What may seem like a simple story of knights and dragons hides a gripping story and a memorable antagonist.

To fight the Ascians – the main threat of the game – a number of tools are at your disposal. The trial version lets you choose from 13 different classes with unique mechanics. Each is part of one of the 3 main categories found in MMORPGs, namely Tank, DPS, or Heal. Regardless of the role selected, it will be crucial to master it in order to bring down the monsters and other Gods who get in your way. Note that you play as the warrior of light. Not content with being an elected official, he also has the ability to change specialty at all times.

This is a central aspect of Final Fantasy XIV, as it translates into the ability to switch classes just by selecting another weapon from your inventory. You will of course have to go to the corresponding guild to perfect your training, but this is only a detail. Once launched, you’ll go from Dragon Knight to White Mage to Paladin in just seconds.

A WHOLE WORLD TO EXPLORE

The story you are going to live takes place in Eorzea. This world is your playground, and its regions are begging to be discovered. Exploration is richly rewarded, both in terms of experience and landscapes to discover. Many areas offer you memorable vistas, even more so once you arrive in Ishgard, the Heavensward region.

Indeed, your quest will lead you to unlock flying mounts. These will then be available in areas explored in the base game, after adjustments made in the last update. In addition to being the fastest mode of transportation in the game, flying mounts allow you to enjoy unique views. Players who decide to specialize in crafting will also have fun searching for their resources around the world. Saving Gil and mapping the whole world is a great way to pass the time.

FREE, WITHOUT SUBSCRIPTION, ON PC, MAC, AND PS4!

With the new trial version of Final Fantasy XIV, there are no limits on you until the end of the Heavensward expansion. On PC and Mac, just visit this page to start your free trial. On PlayStation 4, head to the PS Store to download the game, which does not require a PlayStation Plus subscription! All you have to do is create your character, and earn your title of Warrior of Light.

I was born to Play games. I related to Tokyo, Japan. Playing on Nintendo Switch is my hobby. Playing games is in my blood
Previous Albert Penello claims that with PS5, Sony has validated Microsoft’s strategies
Next Warner Bros: writer JK Rowling is not directly involved in the creation of Hogwarts Legacy