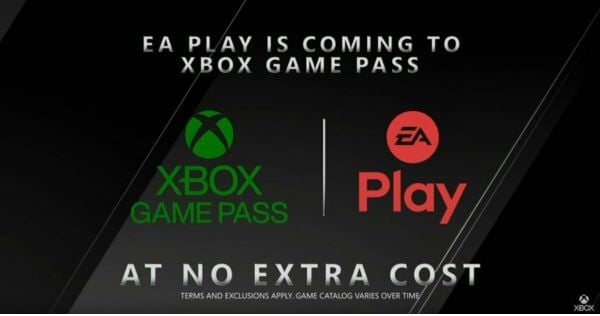 admin September 9, 2020 News Comments Off on Xbox Game Pass on PC and consoles will include access to EA Play at no additional cost

Microsoft subscribers will be able to play a selection of already released EA games, 10-hour trials of its new releases, and receive exclusive rewards and content.

The EA Play subscription service, formerly known as EA Access, will be included with Xbox Game Pass on PC and its Ultimate version on consoles. Access will open on the eve of the Christmas holidays – apparently from November 10, when the next-gen consoles Xbox Series S and Series X are released.

Players using Xbox Game Pass will not have to pay extra for EA Play, which costs $5 monthly. Instead, users will only pay for Xbox Game Pass – the Ultimate version costs $15 per month.

I was born to Play games. I related to Tokyo, Japan. Playing on Nintendo Switch is my hobby. Playing games is in my blood
Previous Xbox Series X and Series S – pre-order start date, prices, and details
Next The arbitration court forbids the developer of the “remaster” of Red Dead Redemption for emulators from creating mods for Take-Two games