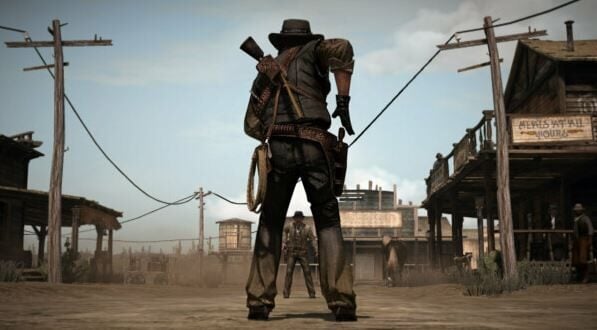 admin September 9, 2020 News Comments Off on The arbitration court forbids the developer of the “remaster” of Red Dead Redemption for emulators from creating mods for Take-Two games

The litigation between T2 and developer Jonathan Wyckoff, also known as DemandDev, ended in victory for the publisher. An indefinite ban entered into force by a decision of the arbitral tribunal, according to which Wikoff agrees not to engage in projects based on games from Take-Two, including Red Dead Redemption and Grand Theft Auto, or changing the code of programs that are owned by the company.

This applies to both releases already on sale and those that will be released in the future. At the same time, DemandDev agreed not to participate in the creation of mods for T2 games, and not to help such projects financially, distribute or advertise them.

If Wyckoff violates the ban, he may be required to pay damages to the game publisher, as well as pay fines. At the same time, at the moment the author of the mods does not owe Take-Two, and the company has borne the costs for the past proceedings.

The conflict between DemandDev and the publisher began in September 2019 – then the modder suspended work on the Damned Enhancement Project modification – a remaster of the first part of Red Dead Redemption for Xbox 360 and PS3 emulators.

He later agreed to completely close the project, but subsequently filed a complaint with the court, claiming that he did not violate Take-Two’s rules regarding mods allowing single-user, non-commercial modifications that respect copyright. As a result, both parties agreed to resolve the dispute in arbitration.

I was born to Play games. I related to Tokyo, Japan. Playing on Nintendo Switch is my hobby. Playing games is in my blood
Previous Xbox Game Pass on PC and consoles will include access to EA Play at no additional cost
Next Leaked price of Xbox Series X 1TB SSDs, which will cost almost as much as an Xbox Series S