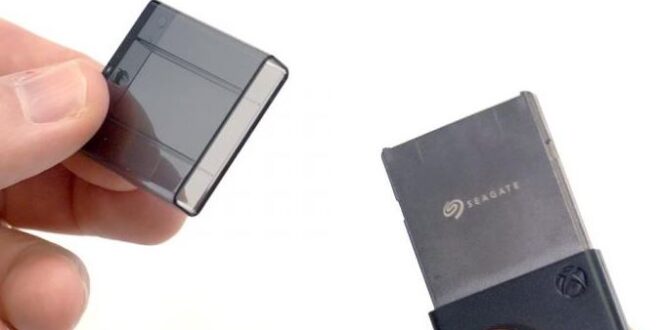 Leaked price of Xbox Series X 1TB SSDs, which will cost almost as much as an Xbox Series S

admin September 9, 2020 News Comments Off on Leaked price of Xbox Series X 1TB SSDs, which will cost almost as much as an Xbox Series S

In an image, it has been possible to see the price that these Seagate 1TB SSDs will have for Xbox Series X, which will not be cheap at all.

As you know, Xbox Series X, like the new and recently announced Xbox Series S, will have internal memory thanks to a 1TB NVME SSD hard drive in the case of Series X and 512GB in the case of Series S. Although not It will be the total capacity that the consoles will have. Both can be expanded by means of cartridges, of reduced and square size, which will increase the total memory available in our consoles.

We knew what they would look like, since it is what you saw when you entered the news, in addition to having a total capacity of 1TB. On the other hand, the hard drive can also be expanded by connecting an additional drive through the Xbox Series X USB 3.2 port.

But after seeing and knowing these 1TB SSDs, it was still necessary to know -again- a fairly important detail in order to know something more about these external drives: their price. And it has also been a while since we learned its details, and as is normally many of us wonder what they will cost.

That doubt is very possible that it has come to an end because the price of these SSDs has been leaked. The price would be $219.99, a little high, and something expected.

But even if the price is high, there are some aspects to take into account, such as that it is more than half of what an Xbox Series S costs, so perhaps, of being able to expand the memory of the smaller and more affordable console of the brand, this could be more expensive than expected.

What does this price of 1TB SSD for Xbox Series X seem to you?

I was born to Play games. I related to Tokyo, Japan. Playing on Nintendo Switch is my hobby. Playing games is in my blood
Previous The arbitration court forbids the developer of the “remaster” of Red Dead Redemption for emulators from creating mods for Take-Two games
Next Jeff Grubb: at the start, Microsoft will sell both of its consoles “in the negative”, as well as Sony