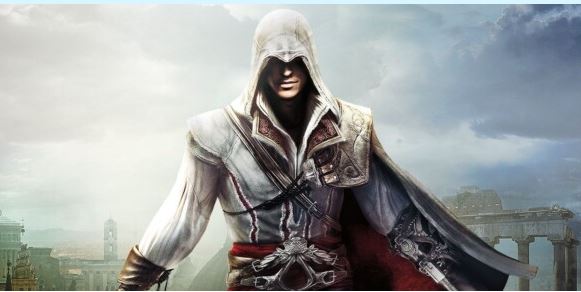 AC Valhalla: Eivor is the reason why side quests have been scaled back

admin November 20, 2020 News Comments Off on AC Valhalla: Eivor is the reason why side quests have been scaled back

With Assassin’s Creed Valhalla, Ubisoft tried a big change: the reduction of traditional side quests in favor of so-called world events that tell smaller and shorter stories. A step that has some disadvantages, as our test shows:

But why did Ubisoft decide to shrink down on side jobs as you know them from their direct predecessor Assassin’s Creed: Odyssey or other roleplaying games? According to narrative director Darby McDevitt and game director Eric Baptizat, the reason is buried in the main character Eivor and his story.

Few side quests for two reasons

In an interview, McDevitt and Baptizat make it clear that the idea of offering less classic side quests is based on two basic ideas.

Not a classic hero:

On the one hand, Eivor as the protagonist is involved in the world of Assassin’s Creed Valhalla in a different way than Bayek from Assassin’s Creed: Origins or Geralt from The Witcher 3: Wild Hunt. The latter two would take on more or less positive roles within their respective worlds and would be designed to help other people. It is therefore completely natural that they take on side jobs apart from their main motivation.

Eivor, on the other hand, is an intruder who moves from Norway to England with his Viking gang. In the eyes of the people there, he is more of an enemy than a hero who bravely helps others.

The clan is in the foreground:

Moreover, Eivor simply has no need for secondary missions that distract from the actual goal of its mission. Depending on his or her gender, his or her main concern is to provide a new and safe home for his or her clan. Why there is time in between for transporting apples for a priest, but not for more complex quests, is not necessarily explained by this.

With these two basic ideas in mind, the team at Ubisoft Montreal conceived the story of Eivor, based on Icelandic sagas and their episodic structure. These would rather focus on individual persons of a family dynasty and certain themes.

Transferred to the game, it works like this: Eivor travels to different areas or counties to forge alliances for his Viking clan. Each region tells its own stories about resident kings, outgoing couples, and other things.

Although Assassin’s Creed Valhalla is taking this approach, it does not mean that Ubisoft will only take this approach in the future. After all, there are still side quests in the Viking adventure, although these are largely tied to the settlement. As Eivor, you are responsible for the development and survival of a small village and its inhabitants.

I was born to Play games. I related to Tokyo, Japan. Playing on Nintendo Switch is my hobby. Playing games is in my blood
Previous Many players will not notice the great strength of Cyberpunk 2077
Next Lord of the Rings in AC Valhalla: How to find the Shire and the One Ring