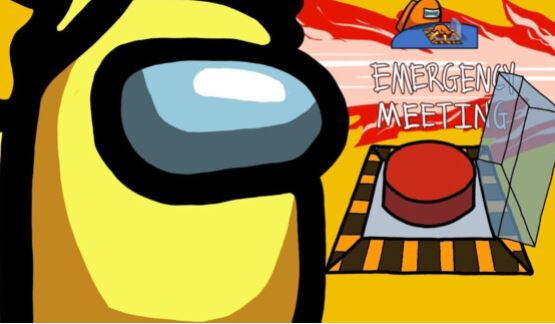 admin October 24, 2020 News Comments Off on Among Us players hit by massive spam attacks

On October 23, players in Among Us started receiving spam messages asking them to subscribe to the Eris Loris YouTube channel. The messages indicated that in the event of a failure, the players ‘ devices would be disabled. In addition, the messages sent out contained a slogan in support of Donald trump in the ongoing us presidential election.

Hundreds of players in Among Us complained about spam. Many users noted that the spam attack had been following them for several games in a row. In this regard, players suggested that Among Us was hacked to conduct spam attacks.

The Eris Loris YouTube channel promoted in spam messages contains videos about hacking Rust, SCP: Secret Laboratory and other games. According to the Socialblade website, the number of subscribers to the channel increased from 312 to 11,000 during the day.

Representatives of Eurogamer contacted spammer Eris Loris, who is behind the attack. According to him, he developed a spam bot in just six hours. Initially, he carried out the attack only from his computer, but after other members of the community Among Us began to offer him the use of their machines to “increase firepower”. In the end, the spam attack was carried out using 50 computers, which several times disabled the server Among Us.

The spammer noted that in the end, the bot “played” among Us 1.5 million games, affecting 4.9 million players. He also confirmed that he supports Donald trump in the election.

A few hours after the spam attack began, the developer among Us Studio InnerSloth released an emergency update for the game, eliminating the vulnerability used by the spammer.

I was born to Play games. I related to Tokyo, Japan. Playing on Nintendo Switch is my hobby. Playing games is in my blood
Previous “In terms of gameplay — parity”: Insomniac explained how the PS5 version of Spider-Man: Miles Morales differs
Next “Don’t worry about the amount of content in the game”: Cyberpunk 2077 level designer on cut-out mechanics