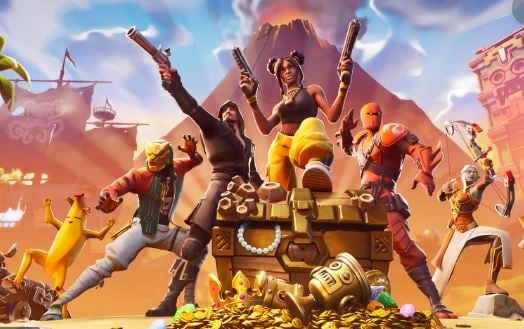 Apple said its own payment system, which Epic Games introduced to Fortnite on iOS and Google Play on August 13, violates App Store rules. As the IT company highlighted, Epic Games implemented the feature on its own, without Apple’s approval or certification, and with its help deliberately wanted to violate the App Store rules regarding in-app payment methods.

Despite this, Apple has promised that it will make every effort to ensure that Epic Games no longer violates its rules, and Fortnite can return to the App Store.

Epic Games has been releasing its apps on the App Store for 10 years and has taken full advantage of our ecosystem, including testing, distribution and other tools that Apple provides to all developers. Epic has agreed to the App Store’s terms and conditions of use, and we are delighted that the company has built such a successful business on our site.

Business interests now force Epic Games to push for a special agreement, but that doesn’t change the fact that the App Store’s rules are the same for all developers, making it safe for all users. We will use our best efforts to work with Epic Games to address violations and bring Fortnite back to the App Store.

Epic Games responded by immediately suing Apple. In its lawsuit, the company indicated that it is not seeking monetary compensation for the fact that Fortnite was removed from the App Store, but wants to “end Apple’s actions that violate competition.” Epic Games believes that Apple has illegally secured a monopoly in two markets: iOS app distribution and app payments.

On August 13, Epic Games added the ability to purchase in-game currency, V-Bucks, to Fortnite on iOS and Google Play through Epic Direct. When making purchases through it, the studio receives all transactions directly, without the service fee of Apple and Google, which is 30%.

I was born to Play games. I related to Tokyo, Japan. Playing on Nintendo Switch is my hobby. Playing games is in my blood
Previous Animal Crossing: New Horizons Players Can Now Donate Their Rotten Turnips For A Good Cause
Next Mortal Kombat 11 could add Reptile as next character via DLC