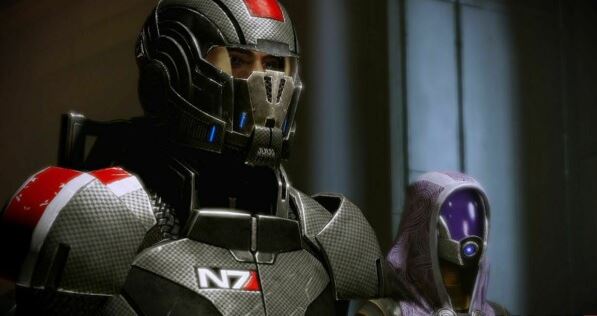 EA has announced that BioWare CEO Casey Hudson and next Dragon Age Executive producer mark Darragh are leaving the Studio. Development of Anthem Next, mass Effect remasters, mass Effect sequels, and Dragon Age will continue without their participation.

The new head of BioWare will be Samantha Ryan, and Blizzard native Christian Daley will head Dragon Age, while Matthew Goldman will remain in the role of Creative Director of the game.

Mike gamble is also still working on Mass Effect remasters and future development of the franchise.

Hudson, the Creator of Mass Effect, is leaving BioWare for the second time. He left the Studio in 2014 to work at Microsoft, and then returned to it in 2017.

It wasn’t an easy decision, and such big changes always come with an element of sadness. I will miss working with our inspiring developers every day on the biggest and most impressive projects I can imagine. But I also know that this is the best time to make changes, both in my life and in the life of BioWare.

Mark Darragh also did not give the exact reasons for his departure.

It was a difficult decision for me. The incredible team of Dragon Age developers made my life more complete. They taught me a lot. But it is the strength of the entire team that makes such projects possible. I know that without me, Dragon Age will not just survive, but thrive.

Casey Hudson is the Creator of Mass Effect and one of the main stars of BioWare. His return to the Studio in 2017 was considered a good sign and the beginning of restoring the company’s reputation among players after the failure with Mass Effect: Andromeda. However, since then, developers have only released Anthem.

I was born to Play games. I related to Tokyo, Japan. Playing on Nintendo Switch is my hobby. Playing games is in my blood
Previous The history of Cyberpunk 2077: Everything about the game world and Lore
Next Jim Ryan denies that PlayStation is leaving the Japanese market