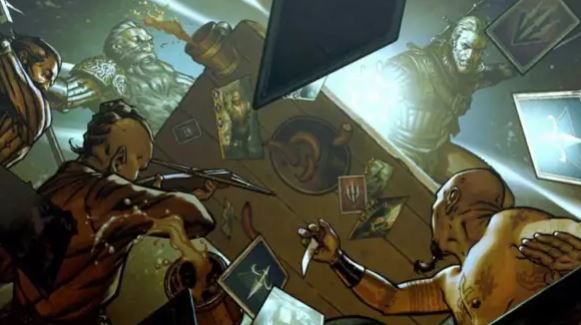 admin November 25, 2020 News Comments Off on Cyberpunk 2077 advertising campaign is gaining momentum and the company is preparing for a release scheduled for December 10

CD Projekt group of companies reported its financial performance for the third quarter of 2020 (July-September), noting that almost all key indicators increased compared to 2019.

CD PROJEKT RED is currently in the final phase of development of the largest RPG release in the Studio’s history: Cyberpunk 2077, set in a vibrant, technologically advanced world. Players assume the role of V – a cyberpunk who has recently migrated to Night City: the most crime-ridden metropolis of the future. Cyberpunk 2077 is based on the Cyberpunk 2020 pen-and-paper RPG system created by Mike Pondsmith

Here is the official note on Cyberpunk 2077.

In the third quarter of 2020 the Company carried on with its Cyberpunk 2077 promotional campaign, focused on familiarizing a broad spectrum of gamers from around the world with the game and its universe.

Four editions of Night City Wire were organized by CD PROJEKT RED between July and the publication date of this statement.

On 10 August, in the second episode of Night City Wire, the Studio introduced three videocasts presenting selected aspects of Cyberpunk 2077, including, among others, the available lifepaths: Street Kid, Nomad and Corpo. A short documentary was also shown, detailing the Studio’s cooperation with Refused – a Swedish punk band which impersonates the in-game SAMURAI band. The second episode attracted over 1 million live viewers.

 The third episode of Night City Wire was broadcast on 18 September, with a selection of materials presenting the in-game world and the gangs which inhabit it. Studio representatives summarized and announced the winners of the Cyber-up Your PC competition, and also discussed the minimum and recommended hardware specs for the PC edition of Cyberpunk 2077. This episode was viewed live by over 1.3 million spectators.  In the fourth episode of Night City Wire, on 15 October, CD PROJEKT RED presented the game’s vehicles and Night City styles, and also unveiled a new teaser trailer. New backstage footage depicted the work of the team responsible for ingame vehicle sounds, as well as its cooperation with Arch Motorcycle, whose founders – Keanu Reeves and Gard Hollinger – discussed their involvement in the making of Cyberpunk 2077. This episode was viewed live by nearly 1.6 million spectators.

 On 19 November, in the fifth episode of Night City Wire, CD PROJEKT RED presented a range of reveals related to the upcoming game. A new trailer was published, featuring Johnny Silverhand and his unique bond with the game’s protagonist – a hired gun going by the name V. A “behind the scenes” look focused on Keanu Reeves discussing his impersonation of Night City’s celebrated rockerboy. Composers and musicians involved in the project presented their work on the game’s original soundtrack, while a segment titled “JALI” explained how the game’s innovative facial expression and lip sync technology ensures realistic facial animations in all 11 language localizations. The episode was capped off with an official five-minute gameplay trailer, including never-before-seen scenes and enabling viewers to better understand the game’s premise and characters, including their past and current goals. In addition to storyline reveals the trailer also provides a new look on character development features, along with side activities which gamers may undertake as they explore Night City. The fifth episode was viewed live by 2.5 million spectators.

In the third quarter of 2020 Cyberpunk 2077 was featured on the covers of 20 magazines from around the world.

On 1 October, after the balance sheet date, a new Cyberpunk 2077 commercial featuring Keanu Reeves was broadcast during the inaugural game of this year’s NBA finals.

On 5 October the Management Board announced that Cyberpunk 2077 had completed its certification process on Microsoft Xbox and Sony PlayStation platforms, and had consequently gone gold, paving the way to production of physical carrier media for the abovementioned platforms.

On 27 October the Management Board announced that the release of Cyberpunk 2077 would be postponed to 10 December 2020. This delay was due to the complexity of the final stages of optimizing the game’s performance on nine distinct platforms spanning two generations of hardware (Xbox One/X, backward compatibility mode on Xbox Series S/X, PlayStation 4/Pro, backward compatibility mode on PlayStation 5, PC and Stadia), for which the game is targeted, as well as the specifics of testing the game on the above-mentioned platforms while the development team remains physically dispersed.

In November additional marketing activities preceding the release of Cyberpunk 2077 were initiated in key territories, including North America and Western Europe. The game’s marketing campaign is expected to peak in early December.

I was born to Play games. I related to Tokyo, Japan. Playing on Nintendo Switch is my hobby. Playing games is in my blood
Previous WoW Shadowlands DPS Ranking: Which class deals the most damage?
Next Square Enix: Marvel’s Avengers Initial Sales Failed to Recoup Production Costs