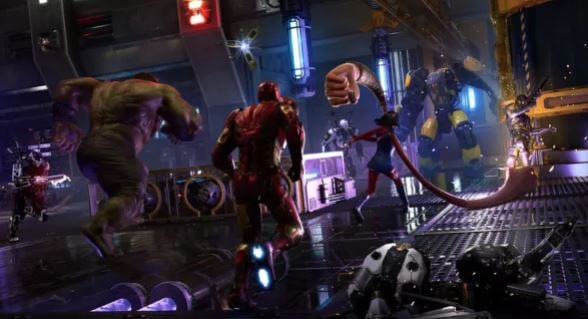 In a note, publisher President Yosuke Matsuda admitted that sales of Marvel’s Avengers for the first month could not recoup the game’s production budget. He noted that the gaming division of the company suffered losses in the region of $ 67 million precisely because of the not very successful start of the action about superheroes. If it had shown better results, Square Enix would have remained “in the black”.

Without the factors associated with marvel’s Avengers, This division would have remained profitable. In addition to the fact that sales were supposed to recoup the production budget, the situation was also affected by the fact that we launched a large-scale advertising campaign for the game closer to the release date in an attempt to make up for marketing delays due to the Covid-19 pandemic.

At the same time, Matsuda stressed that publishers still believe in the long-term success of the Avengers. The company hopes to maintain sales and grow its player base through additional content that will be released regularly.

The first major update for Marvel’s Avengers will be released on December 8. It will continue the story of the main campaign, as well as introduce an additional playable character-Hawkeye’s protégé, Kate Bishop.

I was born to Play games. I related to Tokyo, Japan. Playing on Nintendo Switch is my hobby. Playing games is in my blood
Previous Cyberpunk 2077 advertising campaign is gaining momentum and the company is preparing for a release scheduled for December 10
Next Cyberpunk 2077 multiplayer will be a standalone experience… but it’s still a long way off, as the DLC