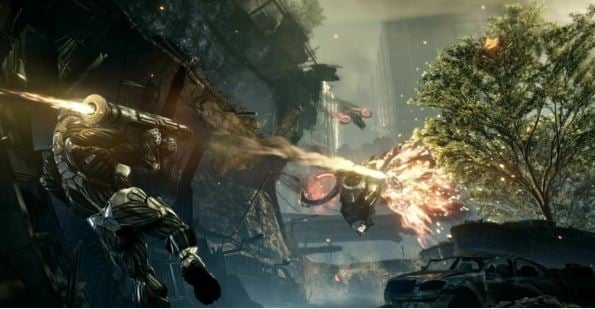 admin September 16, 2020 News Comments Off on Crytek is recruiting a team for the next AAA game-with experience working on”sandbox” shooters

Several vacancies have appeared on the Crytek website — the company is recruiting a team for the head office in Frankfurt, where they are working on a certain unannounced AAA game.

Among the requirements for candidates for the position of game designers mentioned: ” passion for video games, preferably-FPS with elements of “sandbox”, as well as many years of experience in the industry. In addition, the portfolio of applicants must have two or more released AAA titles-preference will also be given to those who worked on first-person shooters.

Individual job descriptions also state that employees should “strive for exceptionally high quality” in all aspects, including the image.

Most likely, this is the same project that became known in the spring of 2020 — then the descriptions of open positions talked about working with next-generation platforms, as well as cloud services. Perhaps Crytek is referring to the SpatialOS platform, designed for creating multiplayer games — the fact that a certain AAA game is being developed on it together with the company Improbable, the Studio said at the beginning of 2019. However, SpatialOS itself is not mentioned anywhere.

I was born to Play games. I related to Tokyo, Japan. Playing on Nintendo Switch is my hobby. Playing games is in my blood
Previous Nintendo Direct Mini: Partner Showcase planned for the day after the PS5 showcase
Next Among Us exceeds 85 million downloads on mobile and is already a sales leader on Steam