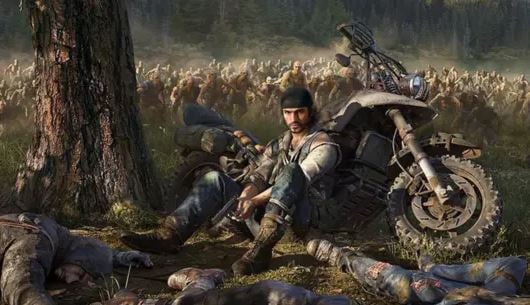 That gamers should support games at release, John Garvin, one of Bend’s key ex-collaborators and co-creator of Days Gone, said in a conversation with game designer David Jaffe during a stream.

In the conversation, Jaffe mentioned that more and more people have been paying attention to Days Gone lately – including because it’s available to PS Plus subscribers. And asked Garvin how he felt about the fact that the game could be a belated success.

At first, the game director and action writer from Bend Studio said that he did not care, since such popularity was unlikely to affect anything.

I don’t know anything about how the game is performing right now, but I have an opinion on something that will surely piss off a lot of your viewers.

Love the game – buy it for the full price, fuck it. I can’t count how many times I’ve seen gamers say something like, “I got it at a discount, I got it from PS Plus.”

Yes, it is impossible to understand whether you love the game or not until you have played it. Just don’t complain that a game doesn’t have a sequel if you didn’t support it at release. God of War was sold at the start, God knows in what circulation, but Days Gone was not. And I’m just talking from a developer’s point of view. I don’t work for Sony anymore. I do not know what numbers they are guided by.

At the same time, Garvin remembered how serious a problem for console games once was piracy. It was especially hard for Bend after the release of Siphon Filter: Dark Mirror, the developer noted.

We showed them torrents, and one torrent site downloaded 200,000 copies of Dark Mirror, if I remember correctly. The numbers could have been different. But in any case, I was very angry then, because this money is out of my pocket.

So I think that the growth of interest in the game is not as important as buying it at full price. After all, if you bought it without discounts, you directly supported its developers.

However, when Jaffe compared the situation with Days Gone to the success of cult films like Austin Powers, which became a real hit and turned into a franchise only after the release of videotapes, Garvin still relented.

You know, I didn’t even know about Austin Powers, so this option is really possible. If the game was sold at the start in a small circulation, but over the next years its sales grew very much, because it was released on other platforms, or for some other reason …

If this really happens and the company suddenly decides that the sequel is worth launching, that would be very cool! Of course, I don’t have to be involved in all this, but if they decide to make a franchise out of Days Gone, that would be great.

In the near future, the continuation of the 2019 game is unlikely to be launched. According to Bloomberg reporter Jason Schreier, Sony has abandoned the idea for a sequel, which Bend proposed to them shortly after the release of the first part, and the studio is currently engaged in another project.

However, Days Gone fans even created a petition online demanding the production of the second part. At the time of this writing, more than 40 thousand users signed it, and even the second game director of the original, Jeff Ross, supported the initiative.