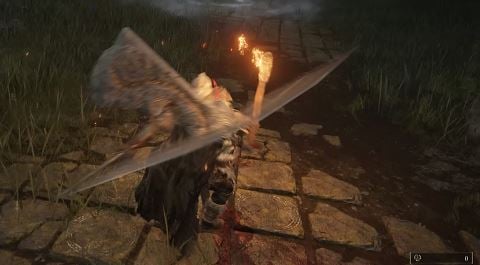 Poise is the base stats of your character which is defined by the armor you are wearing. Each armor has different poise points which are also called the Poise HP, which shows the resistance of your character against the staggering from the enemy attacks.

So basically, what poise does is that if you are wearing armor that has more poise HP than your enemy poise HP then the enemy cannot stagger you during fights. It resists you from being staggered during fights. If your character has low Poise HP then you can get staggered during the fight and your resistance ability will also be less. It has a huge effect on fights as it makes fights easier or if you don’t have enough poise then you will have to struggle more in the fights.

How to Check Poise HP

The poise will change if you change your armor, if you play aggressively but don’t want to get staggered by the enemies then it is necessary to wear good armor.

There are three types of staggering in the game and it depends on what type of weapon you got hit by the enemy.

How to Increase Poise

The poise HP is of your armor and it can be increased by using different items in the game. You can use Bull-Goat’s Talisman which increases poise by 33%. The Baldachin’s Blessing is also a great consumable item that increases poise by 52%. The Stonebarb Cracked Tear also increases the poise by 25%.

We Were Here Forever: The Cemetery Puzzle

We Were Here Forever: Ending of Chapter 2