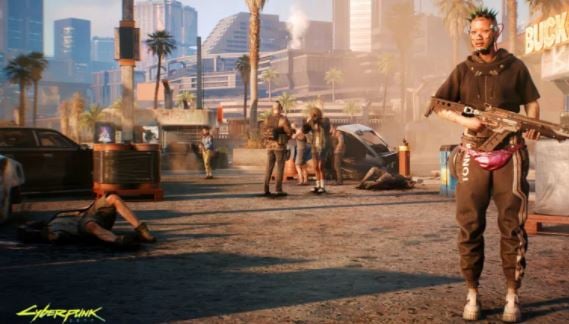 CD Projekt hasn’t had a moment to rest since the release of Cyberpunk 2077. The company still has to patch up the title, whose day one release left a lot to be desired, and the company already has another problem on its hands. The recent hacker attack, which led to the theft of the source code of Gwent, The Witcher 3, and Cyberpunk 2077, among other things, is, of course, a matter of great concern. Paradoxically, it is precisely this misfortune that has gained the Polish company’s words of approval. Joe Tidy, a technology reporter for the BBC, praised CD Projekt’s response. The journalist went as far as to say that the Poles have set the “gold standard in responding to ransomware attacks”.

The CD Projekt RED hacking story continues. Polish journalist Marcin Kosman wrote on Twitter that hackers stole not only the source code of Cyberpunk 2077 and other game materials but also stole the personal data of employees.

According to Kosman’s colleagues, after the leak, employees began changing IDs and undergoing checks at the Credit Information Bureau. Someone received a call from the bank asking if they really wanted to take out a loan.

A journalist suggested that fraudsters had stolen data from former employees of the now-closed CDP.pl publishing house, which is affiliated with CDPR.

I was born to Play games. I related to Tokyo, Japan. Playing on Nintendo Switch is my hobby. Playing games is in my blood
Previous WoW Shadowlands: Patch 9.0.5 wants to massively improve the loot problem
Next Axiom Verge 2 will be exclusive to the Epic Games Store on PC, and Thomas Happ explains it with a rare sincerity