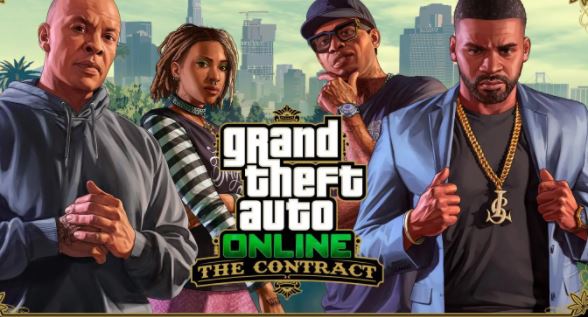 GTA Online The Contract, the latest expansion in which we meet Franklin again, has many methods to earn money to spend in the online game.

Rockstar surprised us with the latest expansion in GTA Online, The Contractor, which brings back Franklin and Lamar, two unforgettable characters from the GTA V campaign that we played eight years ago, and who seem to have come to stay.

The Contract, a hilarious expansion of the story, does require that you buy a $ 2 billion office (at least, there are four million) and become CEO from a celebrity solutions agency to be able to accept the contracts.

Fortunately, in expansion there are many ways to recoup the investment and make a lot of money:

How to get money quickly in GTA Online the Contract

The most basic The Contract missions in GTA Online are called Security Contracts. You can access them from the computer in the office building you have purchased.

There are several levels of difficulty, but they are all simple tasks that you can do in a short time: protect assets, collect vehicles, liquidate objectives, eliminate gang members …

These missions do not award a lot of money, they are the secondary tasks, but you can do them to get some more money while you follow the main story, that is, the VIP Contracts.

Once you have made your first Security Contract, Franklin will call you to perform these missions, which are brilliant at the plot and playable level, doing all kinds of dirty jobs to protect the dark secrets of the famous, and you can play them alone ( even if you have to do it from within GTA Online ).

At the end of the story, which lasts between four and six hours, you will receive a million dollars.

Finally, you can participate in other types of side missions by completing two more security contracts after having unlocked the VIP missions: contracts to assassinate targets that will give you more money if you eliminate them in a specific way (a weapon, using the environment. ..).