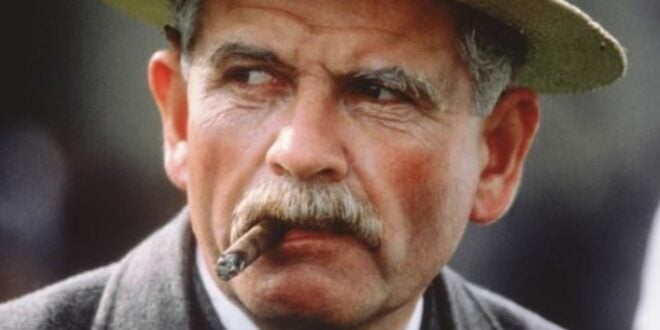 Veteran British actor Ian Holm has died at age 88. He was beloved by audiences as Bilbo Baggins in The Lord of the Rings trilogy and The Hobbit. He was nominated for an Oscar for his role in Chariots of Fire and first reached wide audiences in Alien. His death on Friday was related to Parkinson’s disease, his agent, Alex Irwin told.

Ian Holm could play everyone from King Lear to an android to a hobbit. He told NPR’s All Things Considered in 2002 that he was less interested in fame than in being a good actor.

“It’s obviously much better than being a quote-unquote movie star,” he remarked, “because I think I would find walking down a street and having people scream at you or shouting at you or clapping you on the back or whatever would be intolerable.”

Earlier this month, he expressed his sadness that he was unable to participate in a virtual reunion for the films, saying: “I am sorry to not see you in person, I miss you all and hope your adventures have taken you to many places, I am in lockdown in my hobbit home or holm.”

Holm’s contribution to video games was small, though anyone playing Alien: Isolation would have encountered Holm’s likeness as Ash.

While Holm did not contribute new voice lines to Alien Isolation, he previously appeared in video game versions of some of his other famous roles – as priest Vito Cornelius in The Fifth Element video game, and chef Skinner in the game version of Disney’s Ratatouille.

The British Academy of Film and Television Arts (BAFTA) tweeted its respects.

“We are very sorry to hear of the death of Ian Holm,” read the tweet.
And writer and director Edgar Wright thanked Holm for his great performances.

I was born to Play games. I related to Tokyo, Japan. Playing on Nintendo Switch is my hobby. Playing games is in my blood
Previous Electronic Arts will release up to seven games on Nintendo Switch over the next twelve months
Next Check out some leaked trailer images of Crash Bandicoot 4: It’s About Time