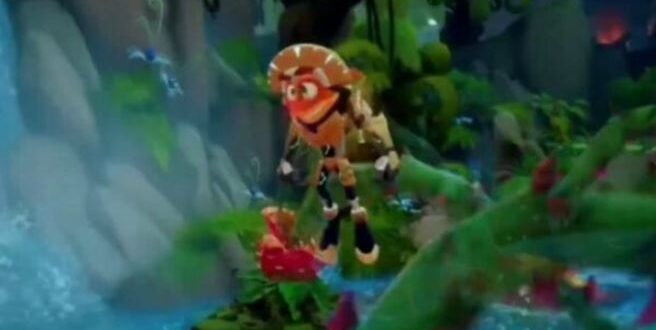 admin August 12, 2020 News Comments Off on Man killed by police in Arizona after cops respond to complaints about noises from playing Crash Bandicoot

By now, many people have heard about Ryan Whitaker, the Arizona man who was killed by police after answering the door with a gun in his hand. New information has come out stating that the neighbor who called the police may have exaggerated the noise complaint, telling the police that the loud noises of Whitaker playing Crash Bandicoot sounded like a fight.

When these kinds of events occur, oftentimes the first thing people want to do is assign blame and punish whoever is at fault. Regardless of whoever is ultimately at fault, Ryan Whitaker is dead and all the potential of his life was washed away in a single, sudden event. It is hard to remember that oftentimes the most critical moments of someone’s life come with little warning, and end before they can be fully understood.

Here we’ll try to go over the key moments that led up to this tragedy so that you may deepen your understanding of the issue and help to prevent such tragedies in the future.

Why was a noise complaint called in?

A neighbor reportedly called in a noise complaint and exaggerated what they heard in order to prompt a quick response from the police. Apparently, this attempt was so blatant that the officers who arrived on the scene could be heard mocking the caller during their arrival.

We can’t know for certain what would have happened if the caller had not exaggerated the noises during the call.

At the very least, for such an inconsequential concern, the caller could have at least spoken with their neighbors before resorting to the police.

Why did the police shoot at Whitaker?

Another point occasionally brought up was that Whitaker should not have answered his door with a gun in hand. Regardless of the scenario, most should be able to agree that simply holding a gun in your hand within the confines of your own home should not warrant immediate execution.

What sort of action should be taken to rectify this issue is uncertain, but at the very least something should be done to ensure those who make such lethal mistakes are held accountable in the future.

Not the first time this has happened

Although this particular instance resulted in a man’s death, angry neighbors and internet trolls have been calling the cops on loud gamers for quite some time. Sometimes this is done with the express purpose of putting someone’s life in danger, such as what happens with swatting. Other times it happens because calling the police is seen as a legitimate way to handle minor concerns.

In this case, it’s hard to overlook how simply talking to Whitaker might have saved his life.

I was born to Play games. I related to Tokyo, Japan. Playing on Nintendo Switch is my hobby. Playing games is in my blood
Previous Police arrest a Pokémon GO player after a strong fight with a friend
Next Embracer Group Acquires Metro and Insurgency Studios