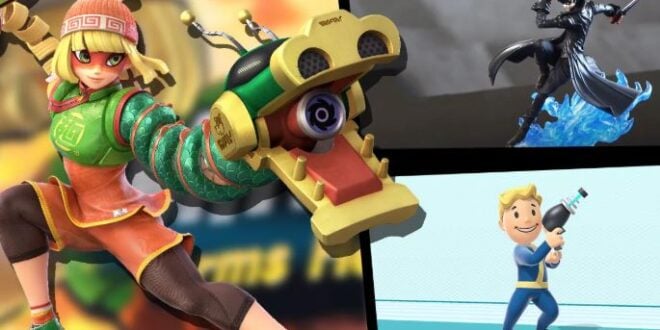 Masahiro Sakurai reveals what he thinks about Min Min

admin July 15, 2020 News Comments Off on Masahiro Sakurai reveals what he thinks about Min Min

Here is the summary of his interview which was translated by PushDustIn and Sephazon.

In order to add content from upcoming games to Smash, Sakurai was able to see a number of Nintendo titles that were still in development. Since it was so difficult to add a character, Sakurai decided to add Spring Man as an assist figure and give ARMS some spirits.

After it was decided to work on a second fighter’s pass, it was settled on to include an ARMS character. With ARMS, the characters control their left and right ARMS separately. In addition, the characters can move around and jump.

At first, he considered making the character without any special moves at all, but when he really considered it, he came up with something unique.

When Sakurai thinks about the project plan and looks at the final result, he feels that Min Min truly stands out from the rest of the characters. While he expected some difficulties to come up in development, there weren’t any major problems and development proceeded smoothly.

When playing like this, Sakurai thinks this shows the spirit of “ARMS” where both arms have to be utilized simultaneously. This creates the feeling of “ARMS,” but in the style of Super Smash Bros., This is very important.

When working with other IPs, the new developer doesn’t necessarily have to follow the original games 100%. However, they don’t have free reign either. The most important element is ensuring the characteristics and uniqueness of the original game shine in the new project.

There are only 5 more DLC fighters! After they have been released, the continuous Smash development from Smash for 3DS/Wii U will finally come to an end. The team is already underway developing the remaining characters and will continue doing their best working from home.

Sakurai showed off his house in the last broadcast, but it still worked out well, don’t you think? Sakurai has ideas on how to improve the broadcast next time. But, he’s hoping the next broadcast will be recorded when things are better, and he won’t have to film from home again.

I was born to Play games. I related to Tokyo, Japan. Playing on Nintendo Switch is my hobby. Playing games is in my blood
Previous Paper Mario: The Origami King opinions round-up, all of the scores
Next Pokémon GO: First players can finally invite friends to raids