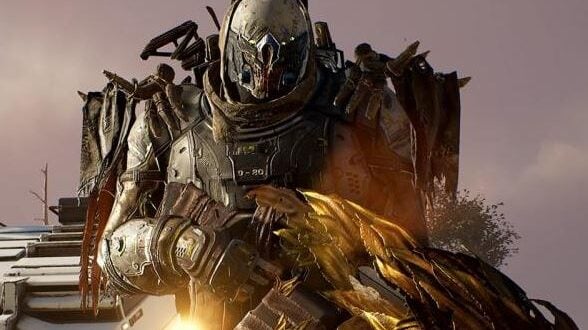 Outriders: Update improves co-op on Xbox, but you should still play solo

Ketty trump 3 days ago News Comments Off on Outriders: Update improves co-op on Xbox, but you should still play solo

The loot shooter Outriders has received a new update. The update is intended to fix problems with the connection in co-op sessions, but only on the Xbox. Anyone who hopes to be able to play better with friends should still think twice.

What kind of update is that? On Tuesday evening, April 6th, the developers published some adjustments to the Outriders backend. They should improve the “multiplayer experience” on the Xbox (via Twitter ).

However, the developers advise disabling crossplay. At the moment, this only works between the consoles, but it could lead to further problems. If you want to play with friends on the PlayStation, you may still have problems.

There still seem to be general server problems. At least players on PS4, PS5, and PC are still complaining about disconnections. You can find more about this in our ticker: Outriders has server problems – This is the current status of the server

What was the problem? Xbox players were struggling to connect to co-op lobbies until prior to the update. Apparently, there were long waiting times for matchmaking and players could not reliably connect to others.

The problem should now be resolved – but you should still be careful if you currently want to play Outriders in co-op.

The bug steals loot – co-op could be to blame

Why shouldn’t I play co-op? A nasty bug is currently making the rounds in Outriders, which steals players’ entire loot and even equipment. Affected people lose their entire inventory and then stand there naked.

Exactly where the problem comes from and how it can be resolved has not yet been determined. Nevertheless, more and more players are reporting that the bug only appears when they want to join a co-op lobby.

Apparently, the error is attached to joining another game. One player reports that he joined a co-op lobby and was then kicked (via Reddit). He then had a crash when trying to join a new lobby and lost his inventory in the process.

The developers are already working on a solution and promise to restore the lost loot. You should avoid multiplayer for so long to protect yourself. You can find more details about the bug in our article: Nasty bug in Outriders steals all your loot – players show tips for protection

An interaction between PC and Xbox or PlayStation is not yet possible. The developers are working on it, but a bug fix is ​​linked to the “general patches” that are currently being tested (via Twitter ).

If your friends play Outriders on another platform, you will have to wait until you can play together.