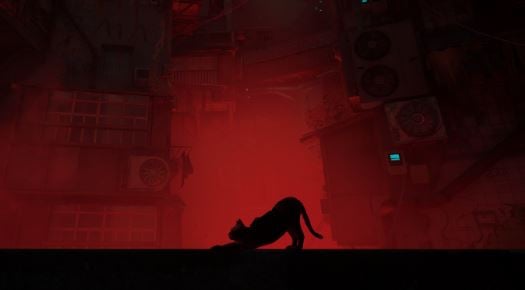 In this guide, we’ll tell you all the locations of the notebooks.

There are 4 Notebooks that you can get in the Slums to look for the right path. The locations of the Notebooks are the following.

When you meet Momo, he’ll give you his Notebook after the dialogues.

When you go out of Momo’s house, B-12 will tell you that there is a similar symbol on the wall in front that matches the Notebook of Momo. Go to that building to find the next Notebook. Go into that building through the open window. Go straight through the broken glass and then go to the left room. You’ll find Clementine Notebook right next to the computer.

Once you go out of the Clementine place, look a bit to your right and you’ll see the same symbol neon sign on a building. Make your way to that building roof. There’ll be an exhaust fan spinning on the roof of the building. Look to its left and there’ll be a power plug, take out the power plug to jump through the fan when it stops. You’ll get into a room. To find the book, you need to jump on the pile of boxes that is in the middle close to the lamp. Jump on the boxes and then jump back down. The book will fall down and then take the book. This Notebook will be Zbaltazar’s.

Go to the roof in front of Momo’s place and look to the right side. You’ll see another same signboard outside a room of a building. Go to the place and enter the room through a small place in the door. You’ll reach some sort of library or a room filled with a lot of books. To find the Notebook, go straight and turn right and you’ll see another room ahead which is blocked by piles of books. Jump on any piles of books and then jump into the room. You’ll find a safe key on the mattress in the room. Take the keys and go out of the room. Go to the left side and turn right, you’ll see a bunch of piles of books. Jump on it one by one to reveal the safe behind them. Use the keys on the safe and take the Notebook. This Notebook will be Doc’s.