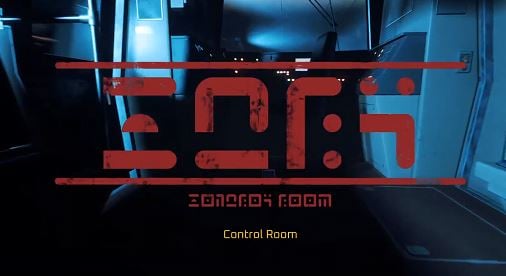 In this guide, we’ll be telling you the walkthrough of the 12th chapter of the Stray game.

Go in the opposite direction and you’ll see the Control Room on the left side. Interact with its lock and the B-12 will say that only humans can unlock this door. But you can open it manually by cutting the wires in the panel on the left side of the control room door. There’ll be a robot box behind you, interact with and get it closer to the panel and turn it off. Now hack the lock on the right and the panel will open on the left, jump on the box and start scratching the wires to unlock the door.

As you go inside the control room, B-12 will remember what happened to humanity and his loved ones. After the dialogues, go straight and you’ll see a computer where the red light is blinking. Interact with it and the B-12 will tell you that no one is been here for ages. The whole city is on lockdown and if we disable it then we can go outside. In order to disable it, first, you have to bring all the computers online. You’ll see three rows of computers and some of the screens are black, you’ll have to bring these computers online. In order to do that, jump on the table and start walking on the keyboards of the computers whose screens are off. They’ll start to come online. Do that on all three tables and all the computers will come online. The B-12 will find a way to open the door but the system will be locked with three locks, you’ll have to open all three locks to open the roof.

The lock’s color will be yellow and there’ll be three computers in the room with the same yellow lock sign. One computer will be on the right side of the Roof Control Station. to bypass the security, go to the computer and open its panel by interacting with it and then scratch on the wires. The system will be disabled and then hack it to unlock it. The other two computers will be near the Main Computer. One is on the right of it and one is on the left of it. For the right one, open the panel on top of it and scratch the wires then hack it to unlock it. For the left one, there’ll be a steel plank blocking the wires, so jump on the box and push the plank down and you’ll be able to scratch the wires. Hack the computer to unlock the last lock.

After unlocking all the locks, B-12 will fall down and say that its body is done for and he can’t come with us to the outside world. He’ll tell you to carry it to the workstation so, he can disable the alarms. Carry B-12 to the same computer where three yellow locks were showing and it will disable the alarms. B-12 will tell you that he knew that the security would be immense for this body and by disabling all the securities, his body is shutting down. He’ll take control of the workstation and his software will be wiped and he will fall down. You’ll lay down with him for a while and he’ll be shut down and he won’t be coming with you to the Outside World. The roof of the walled city will open and the sunlight will kill all the zurks in the slums and destroy all the sentinels in Midtown.

Go out of the control room and go to the main orange door. The orange door will now show “City Open” on it and as you go near it the door will open. Run up the stairs and a cutscene will start in which you’ll go out to the Outside World and the game will end.

Stray: How to Get Super Spirit Detergent for Trader & Blanket for Elliot